Part 18: You do not have to say anything but it may harm your defense if…… 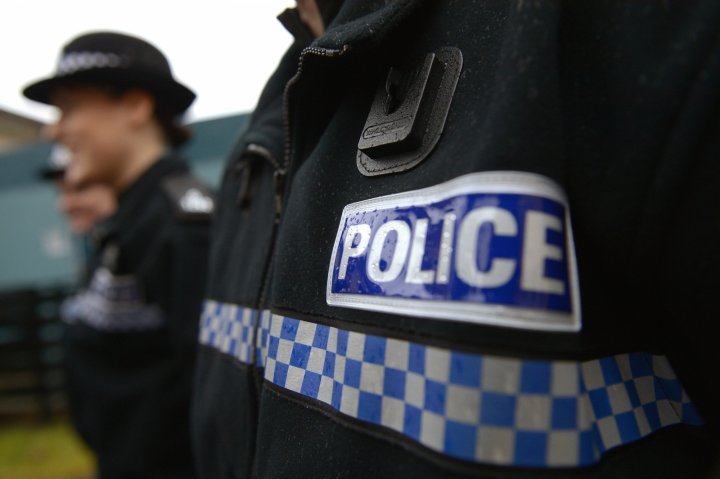 It was the early part of 1988, I was at home with my parents on the weekend when I noticed a Police car turn up……..

My mother answered the door and there were two Policeman standing there. One of them asked my mother if I lived at this address to which she obviously replied yes. We’d like to speak to him please.

As I walked down the stairs to greet them, one of them asked if I was me and I replied yes, they then informed me that I was under arrest for the left of motor vehicles…….uh oh….I felt sick! They cuffed me and took me away for questioning. It’s all a bit hazy what happened next but basically how I’d been caught was, whilst I was at collage, I’d made new friends and when one had come round to visit me he’d noticed a motorbike covered up in the shed. He’d asked me if I wanted to sell it, which I wasn’t interested in doing and I just gave it to him. He lived on a farm and so I presumed he’d just use it to muck around on – which he did for a while. But when he sold it to a friend, they sold it to a friend who just so happened to be a Policeman. This Copper then did a check on it, which came back as stolen and so he followed the trail back down the line, which is how they ended up at my door! I was charged and had to wait for a court date for sentencing. Again I was very scared, I’d never been to Court before, thinking that I may actually go to jail for this. Court date came and I turned up with my Father, I pleaded guilty to two charges of theft and was given a large fine and a slap on the wrist and a 12 month driving ban! I couldn’t believe it, my Dad couldn’t either, I remember him saying to me ‘son, if you were black, you’d have gone to jail’! And I’m pretty sure that would have been the case but because I’m white and from a middle class family, they kind of turned a blind eye…….totally wrong, because if they had come down hard on me, this blog would have been a lot shorter! I must point out that, my Mum and Dad grew up very poor in East London, my Grandmother used to trade on the black market in the second world war. Dad worked very hard to get himself out of poverty.

By this time I’d lost my job as an Estate Agent and was working out what to do next. A friend of mines sister lived in London and she said to me that they have a sofa-bed in the lounge where she lived and if I wanted, I could come and live up there. She was a few years older than me, a very good looking blond girl so obviously, I didn’t need to be asked twice. It cost me £10 per week to live in Fulham, London, a very nice part of town. I still had my VW convertible, even though I was banned, I told my parents that my friend would drive me around in it and that was how I managed to get it up to London – I’m sure my parents knew but what were they going to do, I was 18 now!

I loved life in London, I met some great people while I was there. I arranged to pick one of the girls who lived with me up from work one day and when I pulled up in my VW, beautiful sunny day with the roof off, the son of the man she worked for, fell head over heels in love with my car. He was called Marcus (not his real name) and we were about the same age, his Dad was a famous chef back in the day, he wanted the car – but when he saw me broken down in it one day, he soon changed his mind – which is why we’re still friends to day. We had some great times, I met a stunning girl because of him, Sam (not her real name) had been in a lot of the glossy women magazines but I didn’t recognise her and why would I, I didn’t read them, well she was gorgeous. There is an event called the Henley Regatta every year, I’d never heard of it before but it’s basically a big party for very rich people around the Thames, lots of boats and rowing during the day and in the evening lots of champagne. Henley is a very wealthy town in the South of England and it’s right on the Thames, which is why they hold it there. Well my friends Dad used to organise this event and so I got invited along, which is how I met Sam. She was introduced to me and we hit it off straight away, swapped numbers and said we’d meet up next week in London. Obviously I called her and arranged to meet, which we did.

Picking her up from Fulham station in my car, I drove the short distance back to the house I shared with the girls, all of whom were out for the weekend, perfect, so I thought! As I walked up to the front door, I searched through my pockets for the keys to get in…..hmmm….can’t find the keys! I checked the car, searched my pockets again but still no keys. As I peered in through the kitchen window I noticed the keys just where I’d left them, on the kitchen table……great! I noticed that one of the windows on the top floor was open and had an brainwave, or so I thought! (me and brainwaves don’t really work out that often)

I drove to the phone box not that far away and dialed 999 – ‘Emergency services, which service do you require’? ‘Err, Fire brigade please’ I said.  Once through to the Fire department I explained my predicament, I’ve locked myself out, I have a date with me and would it be possible, if they weren’t too busy, to send someone round with a ladder? I got in the car and drove back to wait. Must have been 2 minutes later I could hear the sound of sirens, obviously I didn’t think it had anything to do with me until…….2 fire engines turned up, lights beaming and sirens blaring with a load of Firemen jumping out of the wagons going for hoses. One of the Firemen comes up to me and says, where’s the fire? So I started laughing and said to him, no, there is no fire, I’ve locked myself out and wondered if you could let me in – and then continued to laugh…..IT’S NOT FUCKING FUNNY MATE, this fireman shouted back at me. I did apologise to them and explained that I had made it clear on the phone to the operator, that this was not an emergency. By the time they left, after letting us back in, they too found it quite amusing – I think to start with they thought that I was just taking the piss and had called them out as an emergency just to be let in – which I would never do!

In between modelling, Sam was also at drama school, she wanted to be an actress. She lived in the very posh suburb of London called Chiswick, although she didn’t give off the fact she had money. I’d moved into her home with her after a short time and she told me she was staying at her parents home one weekend and did I want to come down and meet them – they weren’t her real parents, she’s been adopted from a young age and wanted me to meet them, why not, so I agreed. She teld me that her mum drove a Datsun and other things about the family but you know when you’re young, you’re not really interested in small talk! So when I arrived at what I thought was the family home, because I saw a Datsun car parked on the driveway, I jumped out of mine and knocked on the door.

No no I was told, wrong address, drive down this road and take this turn and that and then follow the road……which is what I did……….