PART 59: SURELY I MUST BE SUICIDAL BY NOW! Let me explain just what “everything has gone” means! When I say everything, it wasn’t quite everything, they left all the plant pots, which were still full of soil, minus the plants obviously, all the ducting for the ventilation and fans, they left the lights and they left massive fucking holes in the walls and in the ceilings but above all, they left us with nothing……

………My world had come crashing down yet again! I think most people would have been suicidal, but not me, I’m a real sucker for punishment!

Now the funny thing was, I always picked Ab up and drove him around to the house so we could work, but this time he’d called me and told me that the house had been robbed…….immediately I thought, how would he know this??

So, I went round his house, picked him up and then we drove round to the now x-weed house. It was ransacked, the place looked like it had been turned over good and proper……I was half expecting the cops to turn up at any moment – you know when you want them they are never there, the moment you don’t want them, BINGO, they’re standing right next to you! It would have been just my luck, cops turn up to an empty weed house and I get charged!!!! 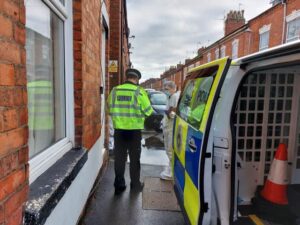 Luck would have it, they never turned up. Now, in my head I was like a race car in the red, like the fucking Guns of the Navarone, I was ready to explode like a packet of TNT…but this was not the place to do it, so after assessing the damage, we both got back into the car and drove off.

All I could think about was how skint I was and how much I was depending on the money from this weed……and I was also thinking how could this little fucking pint-sized cunt of all cunts do this to me?? After all I had done for him, the greedy little son of a whore! Now anyone who knew me growing up was, when I explode I go fucking crazy, if you want to fight me, you’d better make sure I stay down because if I get up…..RUN for you life!

Ab’s talking to me while I’m driving along and I can feel this rage growing inside of me – a bit like the Incredible Hulk, but just a lot more scary, the red mist set in and my top started to blow……at the top of my voice I started to scream ” YOU FUCKING LITTLE CUNT, STEAL FROM ME WILL YOU, I’M GOING TO FUCKING KILL YOU NOW!!!” With my foot pressed flat to the floor of this 3.28i BMW we took off, heading down this road at top speed. You have to remember that this is London and there are no quiet streets but I didn’t care, I was quite prepared to kill him and myself, after all, what did I have to lose……as I have said before, people like me are the most dangerous people in the world, if you don’t care and have nothing to lose, what does it matter!!!!

At this point, Ab was sitting bolt upright in the car shouting at me to stop, but Noooo, I was like a crazy person, I wasn’t stopping for nothing. We shot over this red traffic light at a junction in the road faster than a bullet, cars crossing because it was their right of way! Ab was screaming like a little girl and with very good reason, when I’m angry I can’t help but just shout obscenities “YOU FUCKING STEAL FROM ME YOU LITTLE CUNT, I’M GOING TO MAKE YOU PAY WITH YOUR LIFE”…..words to that effect! 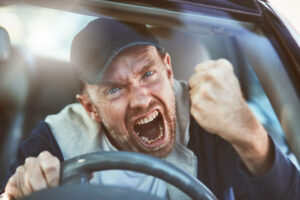 Eventually, I screeched the car to a stop, clouds of black smoke billowed up around us and as quickly as Ab could, he jumped out of the car, with me in quick pursuit. After a short chase, I rugby tackled him and let my rage shine. Punch after punch rained down on his face, blood splattering all over me as I relentlessly punched what I hoped would be the life out of him, I was crazy like I’ve never been before, I wanted revenge on his scrawny little ass!

After all I had done for him, all he did was take the piss out of me and at a time when I was most vulnerable…..well, he picked the wrong guy to do this too….and I’m sure when he woke up, he’d have agreed! One of the things that I hate in life is people taking advantage of others, especially when they are at their lowest, I mean who does that!

That was the last I ever saw of him…..and if I’m totally honest, I wanted to make sure that that was the last I’d ever see of him too, for his own safety! People like that can get you into a whole load of trouble, it kind of makes you understand how people kill people like that, especially if you are a bit of a loose cannon – like me!!!

It’s times like these that either make or break you, times that can create a future or end a life! I had nowhere to go, no money, I owed money, as usual, I had a house full of weed paraphernalia, the house had been totally wrecked, with holes, huge holes in ceilings and as I’ve already said, I had no money to fix any of the problems……oh shit, what do I do now?