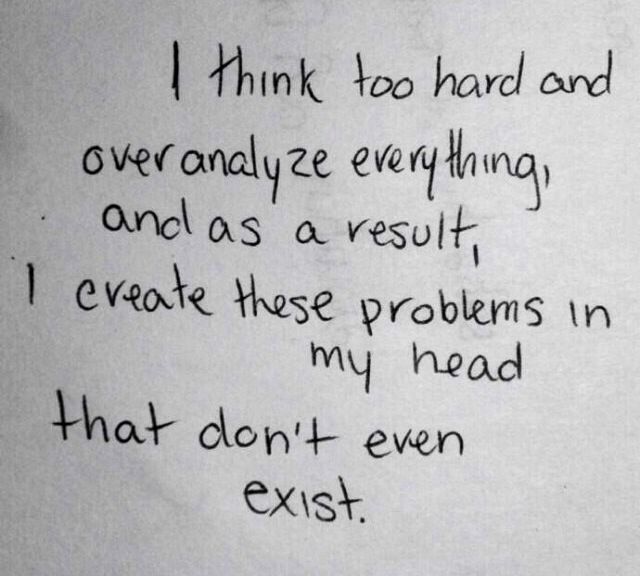 What happens if the Police contact my insurance company and find out that I’ve re-taken my test???……..OH MY GOD, I’M GOING TO JAIL FOREVER!!!

As soon as I got back home I started making phone calls, my mind was just full of doom and gloom. I kept thinking, oh my god I just killed someone and then panicking, the realisation that I’m probably going to jail for a long time…….yes I know, I’m very, very sorry, I just killed someone and all I’m thinking of is……I’m definitely going to jail! ‘Big deal’ I hear you say, ‘someone just died because of you!’ And it’s awful writing this and then going back to this memory in my head BUT self preservation kicks in and ALL I could think of at the time was to save my ass – I’m not a vile person now but back then……..well words aren’t enough to describe how vile I really was. I called James on the telephone and we went over the Renault that I’d crashed in detail, discussing things like…..are you sure the breaks were ok, did it have tax, oh my god what were the tyres like…….oh shit what if the car fails on some mechanical error….all i could think was, I’ll get done for that too……..James and I then hatched a cunning plan to go and steal the car back……but more of that in a while…..

Next I needed insurance and yes you guessed it, it just so happens that a friend of mine Peter (not his real name) he had a car dealership in London and he knew a man who owned an Insurance Brokers. We arranged to meet up and explain the situation to him, didn’t think it was a good idea to talk about over the phone! Yes paranoia took my mind over massively, I presumed the Police were watching my every move, listening to every phone call that I made……they weren’t but unless you’ve ever been in big trouble, you think that the authorities are on to you in every way they can, secret listening devices, everyone is against you and they are all wearing a wire!! Let me tell you – be a straight living, kind person and have a great life, don’t follow anything I’ve ever done, it really isn’t worth it. If you know the right people in life, there is a way round this – well there was, you can’t do it anymore as they’ve tightened up this loophole! What they used to do was, leave one or two blank certificates in between the certificates that had been issued every month. This meant that if there was an emergency, which this was and you needed to produce a certificate, which I did, then you could fill in one of the blank certificates, which would mean that it could be back dated……Perfect, I’ve now got insurance……or so I thought!

Turns out, no matter how corrupt I thought this insurance chap was, he wouldn’t do it for me, I even offered him £5,000 – why wouldn’t he do it?? It makes sense to me now, I killed a man, it wasn’t a case of me just hitting another car…..I ACTUALLY KILLED SOMEONE!! Obviously, this is a little more serious than a prang in a car, the Police were definitely going to come and talk to him and strangely enough, he didn’t want the Police to come and talk to him (don’t know why), but this was far too serious an offence for him to bend this rule, no matter how much cash I offered. There was nothing I could do, I was going to have to face the music, I had no insurance! Next on  my list was hiding the evidence…..James and I had gone round the compound yard to steal this car back before the Police examined it. We’d found out where the car had been taken too and like idiots (me in particular, Jim was just being a good friend, a very stupid good friend) we went round late one night with a pair of bolt croppers (like a massive pair of scissors but these can cut through metal). We cut through the fence and entered into the yard where we spotted the car, there was no way that we were ever going to get it out of this yard. Firstly the damage to the front was unbelievable, the bonnet was pushed up and the windscreen totally smashed in. The thing I remember most was the worst part, it sends shivers through my body still today, but the worst part was where Alans head had hit the top of the roof above the windscreen, the roof had been pushed back so far that the glass sunroof had smashed…..there was no way this car was going anywhere……you know, if we had taken it and been caught, the trouble that we’d have been in would have been unimaginable…..

I’ll try and explain more in detail later on but one of the most valuable lessons that I learnt over the years is, no matter how bad things are in your life, if you face them head on, they are never are as bad or hard to get over as you may think they are!

Remember I told you that Sophie owned a villa in Ibiza? Well that was my next plan, skip the country and go live there…..and that’s exactly what I did – seemed like a good plan at the time! We boarded the plane and off we went. You can’t imagine how my mind was racing, I was thinking that I’m spending the rest of my days in jail, remember I’m only 24, I’m imaging the worst outcome for me, 10 years in jail!! I’m thinking that I’m going to live abroad, get fake insurance, steal the car back from the Police impound yard – seriously not good thoughts, it was as if I was starting to lose my mind! Eddie, Jim’s brother had come to Ibiza with me and Sophie to chill out and basically help me relax. We went clubbing into the early hours of the morning, jet skiing or motorbiking in the days but nothing could relax me, I had to get back to the UK. I was thinking that as soon as we land at the airport, that the Police would be waiting for me and I’d go straight to jail. We’d only been out in Ibiza for 1 month but as I said, my mind was all over the place and I thought the Police were waiting for me.

The last day of the holiday we hired out two mopeds to travel around on, Sophie and I went on one and Eddie on the other. I’d hired a motorbike out the previous day but Eddie hadn’t ridden a motorbike before. When we went to hire them, we had to show passports and driving licence, once that was done Eddie rode off, as he pulled the accelerator back he ended up piling into all the parked bikes that were neatly lined up in a row! One by one the toppled over like dominoes…..the bike owner was not impressed, not impressed in the slightest! I pleaded with the guy to let Eddie have a bike and in the end they gave him one with pedals and a small engine – this meant that we kept having to wait for him as his bike was not powerful enough to keep up.

So on the last day we both hired small engine mopeds so that we could stick together. We’d been all over Ibiza Island that day, had lunch, been to a water park and were heading home – we hadn’t planned the day so Sophie was wet after the water park, so I gave her my shirt and I decided to ride back with just jeans and boots but no gloves or top. As we rounded one of the last corners on the home straight to the villa, I leaned as we went round the corner but the moped skidded on the loose gravel and continued straight into a low stone wall, Sophie and I were catapulted over bike and the wall, where I landed on my side on the loose gravel…..only to find that Sophie landed on top of  me and used me as a scouring pad to mop up the loose gravel – if you can picture a surfer riding a wave, that’s what it must have looked like, I was the board and she was riding me like a wave! Ouch, all down one side of my body I was red roar, blood pouring out of me, Sophie on the other hand did not have a scratch! We got back to the villa, I cleaned myself up as best as I could and put a shirt on but the blood didn’t stop pouring. I’ll never forget dropping the bike back at the shop where we hired it, I parked it right close next to the other bikes that were parked outside. The woman came out, I was trying to hide the blood dripping down my arm…..we almost got away with it, the bike was fine on one side but she decided to look all the way around it…….think that cost me £500…..

Back to the UK we came, landed, I walked up to passport control, handed them my passport, they handed it back to me and off I walked. As I came to customs, I genuinely thought that they would pounce on me now……nothing! Outside the airport I’m just waiting for Police cars to swarm up and take me off to jail……still nothing! As we drove up to my home in London, Police are going to be waiting for me outside or even inside my apartment……NOTHING!

The Police hadn’t even contacted my solicitor, what the fuck was going on, either this is going better than I though or they were just collecting more evidence…….. I’ve just remembered a small thing that happened only a six months before this accident – I say small, you be the judge of that! While I was driving on the ban with my fake licence, I’d taken a Vauxhall Astra GTE 16v from London to Brighton for a service, it was a fast car back in the day and we used to go out early to take the cars to garages for servicing, to avoid traffic, plus you could speed and not so much traffic on the road. I got stopped speeding at 133 mph by a Police motorbike who was waiting up a slip road on the motorway. He was going to report me for the offence and that was the last I heard.

Well I’m sitting at home one evening and the phone has gone, my Mums on the phone and she said ‘Richard’ always called me that when things were bad, so most of my life really, anyway she said ‘Richard, the police are here!’ ‘What do they want?’ I inquired, ‘something about driving’  Mum whispered…’FOR GODS SAKE, DON’T TELL THEM I’M DRIVING!!’ I screamed!!!!