PART 53: LESSONS IN LOVE ARE NOT THE EASIEST TO UNDERSTAND AT THE TIME…. 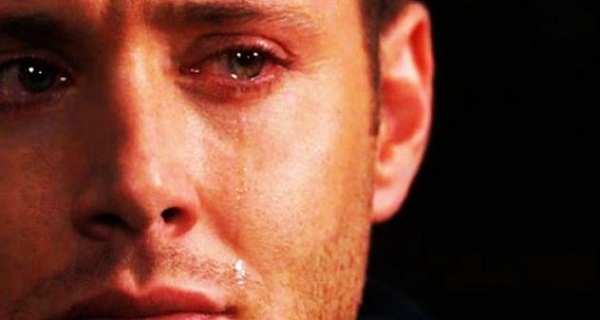 …….She slapped me so hard round the face at this crowded outside bar in Central London, in fact I still remember hearing that slap echo around the buildings where there were hundreds of people standing and talking, who turned round to look at me, to see what all the commotion was about……..

………and this was the real lead up to the breakdown of our relationship…..and to be honest who can blame her!

I tried that night to talk to Fiona but she was not interested, I managed to track her down to a friends home, where she was sitting with a group of her mates, it was a very tricky situation. They were shouting at me, blaming me for what I’d done but there was a lot more to it than just that.

Since I met Fiona, her family had been very hostile towards me, they came from a working class background and I was middle class, not that that has ever bothered me. I have always judged people on their behavior and not their background, but they on the other hand judged me on my background! I was just a private school educated tosser to them, I’ve got to say the mum really liked me but the dad and brother, well nothing that I did would ever be right. I’d obviously told them that I’d met Fiona through a guy I was in jail with, I need you to remember. I was in jail for an accident, I never meant to kill this guy, he’d just stepped in front of my car. It wasn’t as if I’d been sentenced for selling drugs, raping someone or even murdering them, it was a plain old simple accident. The way they looked at me was as if I’d skinned a little kid alive and then eaten them. The brother was a bit of a bruiser, still lived at home with his mum and dad, mum absolutely doted on him and the funny thing was, they all knew he smoked weed, an illegal drug……and yet I was the bad egg because I had accidentally killed someone and been to jail. I understand that they were protective of Fiona but, I’m trying and work out how I must have come across to them? Well,  if you’d met me I think you’d like me, I don’t give off a bad aura – I don’t act pompous or arrogant, I’d say I come across as a nice guy – but then again I’m biased. Why would they be so hostile towards me?

The only reason, looking back at it now is, weed makes you very paranoid and Craig (not his real name) the brother, loved his sister because she helped him have a social life, he wasn’t the most social person, he was quite shy and reserved with people he didn’t know……..and the father was very protective of his little girl – I stood between them – that was how I saw it and I’m pretty sure I’m right! They had no real reason not to like me, so I blame them for the way they acted towards me. Had things been different between us, may be things would have worked out between Fiona and me but as I have said a million times, it all happens for a reason!

I like the person I am now because of all the fuck ups that I’ve created and been through…..obviously I can’t go back in time to change it but would I if I could?? I think the only thing I’d change is the fact that Alan didn’t die but everything else, well if it was meant to be then it would have been…..anyway, back to the story….

Things were never the same again between Fiona and me, we lasted for some time but I think the trust had gone and then she started to get her own back on me – there was this bloke that really liked her, he was in one of the 90’s boy bands and he’d flirt with her and she’d play up to it -did my fucking head in to be honest and my head had never been in the best of places anyway.

Eventually we broke up, as I said earlier, she meant so much to me at the time that I honestly couldn’t see my life without her, she really had a massive influence in my life, I never meant it to work out that way but it was the way that it was intended! I really really loved Fiona and wanted to marry her, I asked her father for his daughters hand in marriage and his reply was ‘well, at least your not black!’ So you can see what I was up against, he didn’t think I was good enough for his princess.

The brother and I also ended up having a fight, I can’t clearly remember what it was about but I do remember him throwing a barrage of punches at me and I knocked him down in one…..and then I put my fist through the window when they locked me out.

I did a lot of crying after that, I struggled to see how life without Fiona could be. I remember her saying to me when I got sacked from the IT recruitment company ‘you can’t even hold down a shit job’…..man that ate through me, like a nail on a blackboard, I just remember being really determined and thinking ‘who the fuck are you!!’ Had I not had so much respect and admiration for this girl then I don’t think I’d have ever set my own business up and that was how NetCommGlobal IT recruitment (not its real name) came about. I set this business up on the back of Fiona saying that comment, I wanted to show her….and I did.

In 1999 I started my business and in the first 12 month of trading turned over a £1,000,000, the next year was £3,000,000 – it was incredible, money was coming in and I was travelling all over Europe. So the business was IT Recruitment, I kept in contact with a guy called Jan van Laer (not his real name) he worked for a company called SITA (not its real name) and they were based in Holland (not its real country). I have no idea what this company did but they needed IT staff. Now, my contract from my old firm said that I wasn’t allowed to keep in contact with customers or I could be sued, but did I give a fuck?? NO! So I kept in contact and then the next minute, after speaking to Jan one day, he told me to contact Patricia Bollinger (not her real name) in Frankfurt.

So I call this woman I’ve never met before and she tells me that they need to fill a team of IT contractors in Frankfurt. Me and Patricia became great friends, we talked on the phone every day and still keep in contact today. I remember that the brief job description that she gave me was, some IT experience and must speak German. Simple, I started finding CV’s for people and was arranging interviews, Patricia would fly them out, expenses paid, interview and then hire them – these guys were earning a minimum of £5,000 per month for the least experienced up to £25,000 a month for the project director – I was taking between 20-30% commission on their salaries – In the end I was just sending people out who could say the words ‘Guten Tag’ (hello) – they were crazy days!

I thought at the time that if I started doing something with my life that I could win Fiona back. Turns out that I couldn’t but not through lack of me trying. Anyway, I got over her when I flew to Shannon in Ireland on a business trip to see a customer DELL (not the real company). I’d spent a day with my customer Pat Leahy (not his real name) and when I’d finished I returned to the airport only to find that my Virgin airline flight had been cancelled. They put us up in a hotel for the night and on the transfer bus from the airport to the hotel there was a group of guys who invited me out for a night in Limerick……or better known as STAB CITY to the locals……