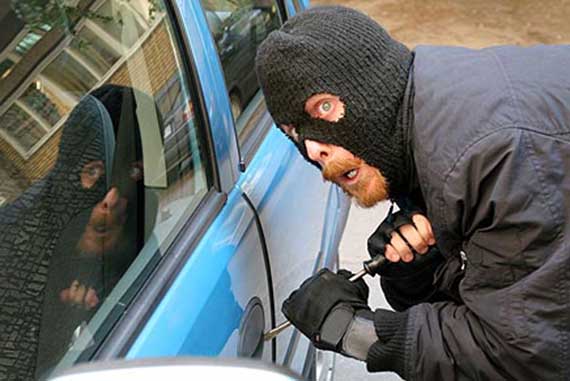 They told me that they didn’t actually think that it was me who’d stolen the car, they were convinced that I’d just bought a cloned car. Dam, if only I’d known then what I know now……..

We’re funny creatures us humans, don’t you think?? We seem to push our limits and boundaries all the time, sometimes until it’s too late – well I certainly do and I really believed that this time I had gone to far! I was released from the Police station on bail and had to wait to hear when I was going to be summonsed to court. Obviously I lost my job, had no money and had to move back home for a while. I’m trying to recall exactly which year that this happened, I’m thinking it must have been around 1992….but it’s not that important.

Because of the way that my father and I didn’t get along things were quite tricky at home but my father did stand by me when I went to court. I remember turning up with him at the courts and him wishing me good luck as I had to go in and face the music, the last thing I remember him saying was, ‘remember to address the judge as Sir or Madam’! (he always thought that that made all the difference). When it came to sentencing, my father actually stood up and addressed the Judge, telling him that I wasn’t a bad kid but that I had just gone a bit off the rails. To my surprise the Judge handed me a 12 month prison sentence, my heart dropped, but then went on to say, suspended for 2 years. He looked at me and asked if I understood what this meant. I looked at him and shook my head, a weak reply of No Sirs came out of my mouth, with my head still bowed down and looking at the floor. The Judge responded ‘If you do anything wrong in the next two years you’ll go to jail for a minimum of 12 months….NOW DO YOU UNDERSTAND?’ he said in a slightly more raised tone of  voice. I nodded and said ‘Yes Sir!’ My Father always taught me to address a Judge as Sir or Madam, he explained that they are the ones who are in control of your destiny, if you’ve been bad and that if you show them respect that they sometimes give leniency to you. This time it worked, I couldn’t believe it, I don’t think my Father could either, he did hand me down a fine of £800 to but that was nothing compared to what it could and should have been.

After this case we started to get on a little better, he even asked if I wanted to come and work for him. He was a metal trader, his specialty was trading Aluminium, he’d been very successful at it over the years and I felt that he thought I would be the one that would be able to follow in his footsteps. The trouble is, when you don’t get on that great anyway and then you start to work and live together, it can be very stressful, especially when you’re an angry man like I was back then. I’m not thick, but then again I didn’t study at school very hard and so I didn’t really know a great deal about general knowledge. So here we were one day, Dad and I at the airport in Slovakia on business, we’d been out to look at an Aluminium smelter to see how the Aluminium was being produced. Anyway, we were just about to come home on a plane when, just to make conversation, I said to Dad, so because of the winds will we get home quicker?

Now if you know anything about the winds that blow around the earth, some blow around the earth which means if you fly one way and the wind is behind you, it can make you get to your destination quicker (I still don’t know a great deal about these winds but obviously they exist, I just don’t know in what direction they go). Anyway, they say a little knowledge is a dangerous thing……well when I said this to Dad he just hit the roof – he called me the most stupid person in life and kept on ranting at me – it was a a long and rather quiet plane ride home……looking back I wish I’d paid more attention at school but more importantly, I wish I got a long with my Dad more in the early days – we could have had so much moire fun in the later years.

Cut a rather long story short, it wasn’t working out us working together, this lucky break came along and my Father got me into a job as a metal trader in London. How I got the job was, we met this business contact of Dads in a really fancy restaurant called Quaglinos in Piccadilly London. Dad had just said to me that we were meeting this guy called Adrian for lunch, the company that he owned owed this aluminium producer in Spain $1,000,000. Basically this chap Adrian, he’d bought some aluminium from this producer in Spain and not paid for it. The reason he gave for the non payment was, the market had changed, prices had dropped and he couldn’t afford to pay the money. So Dad, who was the agent for this large Spanish Aluminium producer, said to him over lunch, give my son a job he wants to become a metal trader. Of course this guy Adrian felt obliged to give me a job and he did.

It turned out to be quite some adventure when I had my first meeting with Adrian. I remember Dad giving me £20 and saying to Adrian, look after my boy and then off he went, it could only have been around 4pm in the afternoon. So off Dad went and then it was just me and Adrian. Let me describe Adrian, he was about mid 40’s, 5ft 10″, never clean shaven always had stubble, he was quite a large guy, not necessarily fat but had come from money and so had had a very privileged lifestyle which lacked exercise and he had the beginnings of a hunchback, he stooped very badly and smoked a big fat cigar. He was Jewish but not like the typical Jews that worked for him, you know, they wore the little head caps, wore dark clothes and talked in broken Jewish English. Don’t get me wrong, they were great guys, just like you and me, they just followed a different religion to me…….not that i follow one.

Anyway, that night he took me to some of the best nightclubs in London, we went to Tramp, which at the time was the place to be seen, I met Eddie Kidd there, he was our version of Evil Kenevil (in case you don’t know who either were, they were famous for doing crazy stunts on motorbikes, I’m talking crazy stunts!!!)……surrounded by gorgeous girls, that was all I remember of him but he did spend time talking to me at the bar. Throughout the night, I just got more and more drunk, to the point where don’t remember a thing = but I do remember this, I woke up in my bed in Sussex, which was a good hour away from London by train…..now I don’t see how I’d have got a train back as I don’t remember getting one one or getting off one. The next strange thing was, in my pocket were four £50 notes, an expensive pair of sunglasses and a watch……no idea where any of this had come from at all – and no I didn’t wake up with a sore ass (I know what some of you are probably thinking!) I remember this being the start of my life working here, don’t ask me why but I look back at this time with real fond memories. I was an awful metal trader but as I always say, it happens for a reason, you may not know why at the time but someday I guarantee you’ll find out. I’d moved back to London, I started seeing Sophie, you remember, her Father invented the cold refrigerated containers that go on the back of trucks and then get lifted onto cargo ships. I’m afraid that I can’t go into how we first met, I do remember being at a friends home in Chelsea, London, the guy was called something like Charlie Harvey-Evers (obviously not his real name) and he really fancied Sophie, he had for years and he was reluctant to introduce me to her but he did, and soon after we started dating. Where I worked in the Docklands, all the guys really liked Sophie, she used to come up for lunch a few times a week. She was a very attractive girl with a beautiful, kind nature, oozing class…….but then along came Louise (not her real name), she worked as a receptionist in the building where I worked, everyone called her Tango after the orange drink at the time because she was literally, orange from the amount of sunbeds that she had. Now Louise, I mean Tango was very cute and completely different to Sophie, you couldn’t have met to more completely polar opposites – Tango new about Sophie , but Sophie new nothing about Tango apart from she was a receptionist where I worked……..