Part 36: Dave, don’t tell them anything…But I don’t know anything! 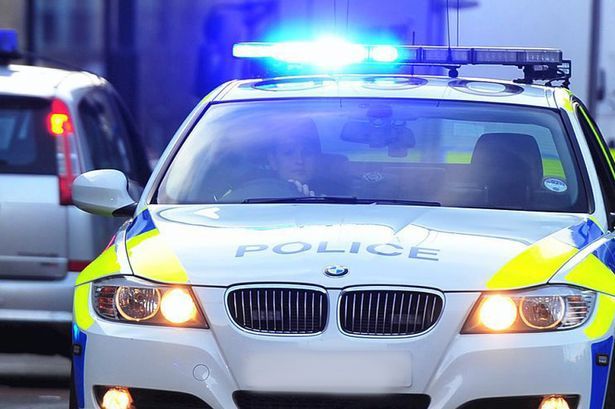 Now while I’m talking to this Cop, the others are all over my car, the bonnet lid is up they seem to be very interested in something inside there. “IT’S STOLEN” was all I heard next………… Next moment my rights are being read and I’m being cuffed, so is Dave, who’s protesting his innocence all the time. The girls who were in the back of the car were  allowed on their way, I told the cops that we’d just met them and as soon as these girls could, they scurried off into the night, never to be seen again! When I say NEVER seen again by Dave or me, they weren’t buried or chopped up…… just in case you were thinking that, I meant we never heard from them again….hardly surprising though!

Anyway, Dave and I were both loaded into two separate Police vans and taken off to the Police station for interrogation. Back at the nick, we were searched and taken off to separate cells, so that we couldn’t discuss what we were in there for. We’d both been arrested for Theft of a Motor vehicle and so that we couldn’t collaborate and make a story up, they kept us apart. I remember shouting out to him in one of the cells down the block, ‘Dave don’t tell them anything!’ – and to this day I remember exactly what he shouted back ‘but I don’t know anything’ – which was true, he didn’t – always makes me smile – but really that was a bad situation that he found himself in, so no wonder that I never heard again from him in life. As it was so late, I was told to get some sleep and that the matter would be dealt with in the morning and that was just how it was left. After another night in an uncomfortable small concrete cell, a wooden bed in it with a plastic mattress and some stinky old blanket, I awoke to the keys rattling in the cell door. Policeman walks in and asks do I want breakfast? I look at him and cheekily reply ‘sausage, 3 rashers of bacon well done, 2 eggs and friend bread please’, he laughs, not a funny laugh but a more sinister laugh, a laugh that says of course I’ll get you that oh, and how much spit do you want in it!!

I’m asked if I want to make a phone call, the only people I wanted to phone was my work and so that was who I called. I rang my office and spoke to the manager, I explained that I’d been arrested last night as the car that I was driving was stolen, immediately the manager said OK, you’ll need a solicitor, I’ll get one to you as quickly as I can. My firm were going to provide me with a solicitor which was fantastic, I was led back to my cell to wait for them to come.

I can’t remember how long I waited but after some time I was taken out of the cell and led to the all familiar interview room – once you’ve been inside one you’ve pretty much seen them all. Inside this room was this man who introduced me as a solicitor provided by my firm. We were left alone inside this room to discuss why I was there. He asked me what I knew and I told him that I knew nothing. The Officers were invited into the room so that the questioning could begin.

It started off with the usual, name, address and date of birth and then the questioning headed off in the direction of, how did I acquire this car? I told them that I’d bought it off a guy in a pub, how did the conversation crop up that the car was for sale and I told them that I’d seen a hand written sign on the window which was the reason that I stopped at that pub. They asked me to describe the man who sold it to me and I gave them a description of my best friend. They asked where I bought the car from and I told them that the owner dropped it off round my house. They asked me why I didn’t go round to his house to collect it and I said because it meant I had to get a lift there and he offered to drop it off – I thought that was a nice thing for him to offer to do.

The questions seemed to go on for ages, I could tell that they were getting nothing from me, they kept going over the same things all the time, trying to trip me up but it wasn’t working. They asked me if I knew that the car was cloned from another vehicle. I told them I had no idea what a clone was and they told me, it’s when a car takes on the identity of another car…….and then things started to go downhill for me!

One of the Cops turned and looked at the other one and suggested that we all drive from London to Sussex to go and see the owner of the Golf that I’d bought, Oh shit I thought,! This Cop then went on to say that he’s sure that the guy who sold me the Golf would be able to shed some light on this situation, he’d be able to identify me and then corroborate my story……I knew the game was up now, I knew that the old boy I bought the Golf from would only tell them the truth……I was fucked!!! I looked at these two Cops and then my Solicitor and quietly said, OK I stole the Golf…….I’m sorry, what did you say? one of the Cops said to me. I looked at him and said, OK I stole the Golf – no sooner had the word Golf left my mouth before these two cops were falling on the floor laughing, I’m not lying when I say that, they literally fell off their chairs in hysterics. I’ve got to say, I wasn’t laughing as much as they were!  They told me that they didn’t actually think that it was me who’d stolen the car, they were convinced that I’d just bought a cloned car. Dam, if only I’d known then what I know now……..