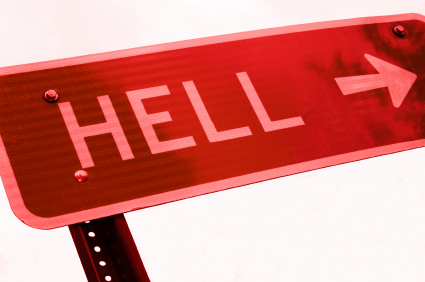 So I drove down this long and windy tree lined road and as I turned the corner……. there was a house, bigger than any house I’d ever seen before, I can only liken it to Buckingham Palace, it was monstrous. Turns  out that Sam was part Malaysian and had been adopted by an English woman who’d married someone very high up in the Malaysian government, she was their only child.

Now I’ve never gone out with someone because of how much money they have, when you’re 18 you’re more interested in looks, well I was anyway. Whenever Sam was down at her mothers house I’d call up to speak to her, still mobile phones were not yet invented, and when I’d call the housekeeper would say, I’ll try to locate her in the residence, the home was that big that they had an internal telephone system. I’d never seen money like that before – but she was just a really lovely down to earth beautiful girl.

Went on holiday to Spain with some friends and had a great time and when we came back I received a phone call from Michelle telling me that she was in Monaco and that I should come out there. I always had a soft spot for Michelle, she was my first real girlfriend, I loved her and her family, her brother was crazy, her sister was off the planet and we’d had some great times, so I couldn’t resist. I told Sam that my Mum and I had had a massive bust up and that they were in Jersey and that I was just going to fly out and see them for a day and that I’d be back before she could say, “I’m a 2 timing, cheating, mother fucker”! Sam gave me £500 for a plane ticket, I jumped in a taxi and drove to the newly opened City Airport in London, which was full of guys dressed in suits and then, there was me, dressed in my shorts and T-shirt with overnight bag.

I was only supposed to be going for the day, so I packed very light but you know, often things don’t necessarily work out the way that they were planned. I landed in Paris and missed my connection flight down to Nice, so I was stranded for a night in Paris, not really any money and no idea where to stay or what to do. After walking around for a time I stumbled across a very cheap, Bates motel, you know the one from the Psycho trilogy! I slept fully clothed, with my video camera that I’d bought on hire purchase next to me just in case someone was going to come in and rob me during the night.

By the way, I bought the video camera on hire purchase which I’d pretended to lose in Spain when I was with Sam. You see Sam had taken holiday insurance out and we’d reported it stolen when we were on holiday (my idea obviously, not hers) – now I didn’t really want to have it stolen for real while I was in Paris. So, I woke up the next morning and got the TGV train down to Nice, it’s a fast train that takes you from North to South of France, which lasted about 7 hours. Once I arrived in Nice I contacted Michelle who came out with her sister and step sister to pick me up. I explained to them that I only had about 6 hours with them before I had to head back to London, due to the fact that I’d missed my flight and spent 7 hours on a train!! Her step sister said to me, why don’t you stay the week, she was going to stay out longer and I could have her ticket back home, perfect, didn’t give it a second thought!

That’s just what I did, I stayed out for the week, had an amazing holiday, although I don’t think Michelle’s father was too pleased that I was staying with them for all that time. To be honest, I don’t think he liked me all that much anyway and who could blame him! I never contacted Sam for the whole time that I was in Nice, as I’m sure you’re already aware, I wasn’t a good person when I was younger. I could have had 4 children by now, the eldest would be about 27 by now and I think that’s probably part of the reason why I never had kids. I’d hate to have had a son like me and if I had a daughter well, I’d never let her out of my site….I think that the first time she brought a boyfriend home for me to meet, I’d probably tie him up and threaten to do really bad things to him if he even looked at her in a funny way.

I kick myself for the way I’ve been in my past, I can’t change it I can only change the future but I do hope that by the time you finished reading the blog, you’ll understand that it does all happen for a reason – you just need to make sure that you try and shape your future better than I did, so many good opportunities wasted.

So time came for us to head back to the UK, we arrived at Nice airport and said goodbye to the step sister, who none of us liked. We were laughing and joking about before we boarded the flight home. On board the plane we were messing around, not really paying attention to the safety course being held by the stewardesses, we all know where the exits are, what more do we need to know….famous last words!

As we roared down the runway, the nose lifted off the ground, for some very strange reason, I decided to film the take off with my cock out – I have no plausible explanation for doing this, being young and foolish is all I can amount it too. As the wheels lifted off the ground the plane started to shudder violently, alarm bells started to go off inside the cabin and then, mass panic ensued…..