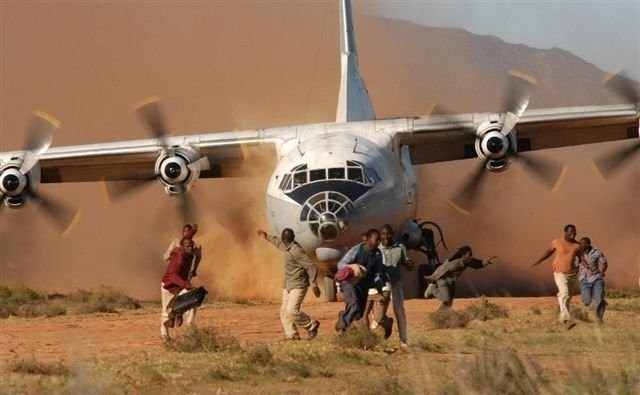 As the wheels lifted off the ground the plane started to shudder violently, alarm bells started to go off inside the cabin and then, mass panic ensued…..

All this time I was filming, still with my cock out, I have to admit that I really wasn’t giving a second thought for what was going on in the cabin. I think that’s the joy of being young, as you get older, you realise how valuable life is and tend to panic more in difficult situations – when you’re young, you don’t give a shit because you don’t ever think that you’re going to die!

I remember that there was a lot of screaming and panic going on in the plane when the announcement came over the loudspeaker. We were informed that the front wheel of the aircraft wouldn’t go back up inside the hold and that we were going to have to make an emergency landing. The concern was that when we landed, they weren’t sure that the wheel was locked into place securely as it wasn’t responding to any commands from the controls. So the question was, would it support the weight of the plane, which basically meant, we were in for a crash landing, scary!!! I did put my willy away at this point, only because when I really took stock of what was going on I thought to myself, if this plane crashes and all they find is this video camera, the air-crash investigation team would be wondering what exactly was going through my head in my last moments, ohh and how embarrassed my parents would be too.

We were shown how to assume the crash position for landing, you had to put your elbows on your lap and hold onto the chair in front of you with both hands, now it became less funny and more serious. I don’t think I thought that I was going to die but as we approached the airport, the stewardess told use to assume the crash position and repeatedly shouted ‘BRACE, BRACE, BRACE’ over and over again(I think she must have been to the dentist earlier on that day or something!)

The aircraft touched down and stayed on it’s rear wheels for sometime or so it seemed and then the front slowly lowered, it was tense for a moment inside the cabin but soon enough, the plane was taxiing down the runway, no problem at all – which was greeted with a loud cheer and a lot of clapping. We were loaded off the plane and taken back to the terminal, funny name terminal as it almost could have been! Once inside the airport building we were informed that there were no more flights back to the UK that night and that we’d be put up in a hotel for the night. We were to stay put until further notice so as all Brits do in this situation, we headed off to the bar. Sometime later we were gathered round and told that we could, if we wanted, fly back to the UK on the plane that we’d just been on. They told us that the front wheel was still stuck but that it wouldn’t be a problem if we flew back on it! Most of the other passengers stayed behind but we decided to get back on board, we’d had enough of France and the way we looked at it was like this, if the pilot is willing to fly it, it must be OK.

We landed back in the UK no problem at all and were greeted by two people at the airport, one was Simon, who was Sonia, Michelle sisters boyfriend and the other was Alex (not their real names) Michelle’s boyfriend, who did not look pleased to see me walking through customs with her.

I got a lift back with Simon, while Michelle went back with Alex – that must have been a fun journey. Back at their family home Michelle and Alex sat in another room having discussions, while we all sat round watching the video that I’d made of the trip. A little while later Michelle came in followed by Alex, who sat down for a moment, which probably wasn’t the best thing to do. You see, I’d hidden the video camera under some clothes one night while Michelle came into my room, wearing just a T-shirt. I made sure that she sat down in a certain place so that I could film the nocturnal  activities going on. Don’t get me wrong, I’m no pervert, I was just having a laugh, she realised what I was doing as I hadn’t really tried that hard to hide the camera and she found it but it did show us kissing and cuddling…….to which Alex stood up very quickly, looked at the TV, looked at me, looked at Michelle and then stormed out……oops 🙂 The next day, it was my turn to face the music……I had to go and see Sam and explain to her that I was leaving her and Michelle came up to London with me, I think to make sure that I did. She opened the door and I went inside, I explained to her that I’d decided to stay with my Mum & Dad in Jersey for the week and sorry I hadn’t called but it had been a pretty intense week…..to be honest before I’d even finished my lie Sam told me that she’d already called my Mum at home to make sure that I was OK, as she hadn’t heard from me……I packed my stuff and that was the last I ever saw of her……what a little shit I was!!!

You see, things that happen to you in the past, shape you for the future but when you’re a kid you don’t think about your actions or the consequences – I certainly didn’t! I got a girl pregnant when I was 19, she had an abortion on my 19th Birthday – we’d have a 26 year old son or daughter now, I often wonder how she coped at such a young age going through what she did at that tender young age. I’d have been a great Dad I reckon, because all the experiences that I’ve had, I’d have been able to point my child in the right direction – I could have scared them into what happens if they choose the wrong path. In fact I doubt if I’d have ever had to tell them, kids usually turn out differently to their parents anyway! Sadly I never kept in contact with this girl but I often think about her and how she ended up – that can’t have been easy for her and I wasn’t very supportive, I’m ashamed to admit! 1989 started off quite uneventful, I was living in London still, got a job as a Commodity Trader in the City, something that I had no idea about but there was great money in it. The guys who worked there all thought they were the best thing since sliced bread, I got sacked after a few months for arguing with a manager – in fact I now remember how I got the job in the first place. A recruitment company that I’d gone to see had told me to come in for an interview and when I got to their office, said that they’d made a mistake and got me in on the wrong day. Well I was a very angry young man back then and I didn’t like the way that this agent/guy spoke to me……