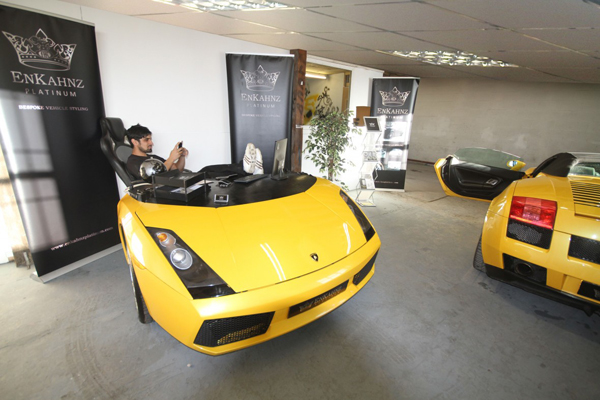 So I got quite angry with him, to put it mildly! Next minute I was being bought lunch by the owner of this company who apologised for the misunderstanding and rudeness of the agent and then, quite out the blue, said to me that he had a perfect job for me……which turned out to be the Commodities Traders position…….it’s a funny old world! Now this same agency got me a job in a Legal Secretarial Recruitment company which was just around the corner from the Commodity Traders. This recruitment company was amazing, the guy who owned it was called Charlie, his real name was Michael and I never understood at the time why they called him Charlie, I was young and naive! I remember walking in for the interview, the office was really lavish, had beautiful leather chairs, big mahogany desks and just looked the business. I was offered the position and did quite well.

I remember a client of mine coming into the office one day, she was a big black woman called Maxine (not her real name), as she walked over to my desk, I stood up and kissed her on the cheek…..well I didn’t hear the end of it. My boss had never seen anyone do that before but I didn’t see anything wrong with it, I was just being friendly. Maxine turned out to be one of my best clients, we used to meet up a few times at least each week after work and drink vodka – she worked for a massive Law firm that was based on London Bridge and we just really hit it off – we kept in contact for years after I’d left, turned out her son was in jail, think she saw her son in me and wanted to mother and protect me! So Charlie came to me one day and said that he’s meeting a couple of girls after work and did I want to come out with him? Out of all the people in the office he asked me, I was chuffed and of course accepted. I was very impressed by Charlie, he gave out company Mercedes convertibles once you’d been there for a while and you know me, I’m a sucker for a nice car! Towards the end of the day he came up to me again and said that he couldn’t now make it, he was married and had to go out with the Mrs but he said, you still go and meet them. He gave me money to take them out and as I didn’t want to go alone, I called my friend Jeff up.

We waited in this very sophisticated wine bar just round the corner from the Ritz in Piccadilly, central London. We were just a couple of boys who looked very out of place but what did we care, we had money and were waiting for women to turn up. Sure enough these two very attractive women, I call them women, we were only 19 and they were about 10 years older than us but they were women to us at that age, turned up. Annie had blond wavy hair and a really great personality and Suzanne (not their real names) had straight black hair, they were really easy to talk to and great fun  we drank loads and moved on at the end of the night, swapping numbers but nothing else! A couple of weeks later, I was invited to a party in Brussels, I hired out a white XR3i Convertible to drive across and I invited Annie to come with me. I’d moved back to London with a couple of good friends of mine, Jo and Caroline, they rented a flat in Barons Court, West London and used to let me stay there when I was in between places. Jo talked like the queen, she was the poshest girl I’ve ever met and Caroline was the complete opposite – the two of them met through temping and I met them through a guy called Rob, who I’d met through work. Jo and Caroline were the loveliest girls you’d ever met, so kind, honest and sweet. Anyway, Rob, Annie, Jo and me all headed off to Belgium to this party, we managed to find our way there and back no problem – it’s a bit of a blur to me what actually went on there but I do remember getting very drunk and ending up in bed with Rob – Jo ended up in bed with Annie, the reason I remember that was, Jo kept going on about Annie’s G-string knickers, which she’d never seen before and was horrified at – I told you Jo was very prim and proper and the thought of spending a night with Annie, a strange, very forward woman, in just her G-string knickers, just freaked her right out. We stayed out an extra day in Belgium and drove back on the Monday, meaning we were all going to miss work.

I thought that this would be no problem, after all I had Annie with me, my bosses mate, what could go wrong? I got Annie to phone him up and explain what we’d been doing for the weekend and as far as I was concerned that was the end of it. I went to work the next day, feeling all proud of myself and s soon as I walked in I was fired, Charlie called me into his office and told me that this behavior was unacceptable and that was it, get out…….I was gutted! I asked Annie if she could have a word with him and she tried but I think that just made it worse, you see Charlie looked at Annie as his girl, even though he was married and I of course got in the way. Silly, Annie and I are still friends today, she’s probably one of the only women who’s been close to me in my life who I haven’t slept with, plenty of opportunities but just never did – but a man and his pride must not be crossed and that’s why he sacked me!

If I hadn’t lost this job things in my life may have been very different – there’s a program on TV called seconds from disaster, where it counts down to the moments before something awful happens – my clock was ticking and I’m about 1 month away from my own private episode of Seconds from Disaster……