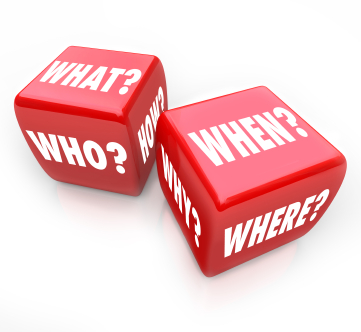 “We’re arresting you for conspiracy to stealing motor vehicles, you do not have to say anything, but it may harm your defense if you do not mention when questioned something you later rely on in court. Anything you do say may be given in evidence” and my heart sank……… Now this was serious, out came the handcuffs and I was led out of the office and down the corridor. By this time, news had spread throughout the company and as I walked, people stood at their office doors, watching me be taken away, oh the shame. The Metropolitan Police CID don’t drive marked police cars fortunately, so as we drove off through London, I didn’t have to face further shame of people looking at me from their cars knowing that I’d been arrested. I just looked like another office worker going about their business with his colleagues.

Once back at the Police station, the Duty Sargent, he’s the man that decides if they have enough evidence to question you, asked me if I wanted to speak to a duty solicitor, to which I obviously replied that I did and then I was led to a cell, to wait for my brief to turn up. They make you take your shoes, tie and belt off, just so you can’t hang yourself and then lock you inside a small room. This tiny, concrete hell consists of a plastic bed, a toilet which is not concealed in anyway and if you’re very lucky, they will give you a blanket. There are no books or magazines inside, just an empty cell where you can sit and gather your thoughts, thoughts being the last thing you need because all you do is think the darkest ones!

Sitting inside the cell waiting for the solicitor seemed to take forever and all that time was spent trying to piece together why I was there. All the company cars were accounted for, nothing had been stolen, so what’s’ happened? Eventually my solicitor did arrive and we went to a private room where we could have a chat. He asked me what I knew about the charges and I replied nothing. He looked at me, direct eye contact and said, well I suggest you just say ‘no comment’ then. That was it, he went off to get the officers so that they could start their interrogation. Within minutes, the two officers came into the room followed by my brief. They all sat down, one officer put two cassette tapes into a recording machine and started to explain the procedure to me. Now most of you are good, law abiding citizens and so you’ve never been arrested and charged before, so I’ll explain what they do. You are taken to a small interrogation room that has a desk in the middle and four chairs, 2 either side of it. The whole interview is tape recorded, there’s a tape recorder on the desk with a microphone to record the whole interview. Basically, everything is recorded so that whatever you say can be used against you later on when they play it back in court, if it gets that far. So you have to be careful what you say, as they will use this against you later on.

The idea of saying No comment throughout the interview is basically, so that you don’t say something that may incriminate you which can then be used against you later on. If you say No Comment, the Police have to come up with the answers – where as if you speak, you give them clues to search for and if you lie, well when they  find out information against you, you’re caught bang to rights lying on tape.

Back in the day if you said No Comment, if it did eventually go to court, the Police could not bring this tape recorded interview as evidence. Now a days they can and it really harms your defense, because the Prosecution say, if you were not guilty, why did you say No Comment to everything? Surely if you were innocent you’d have talked to us, to which any jury member would have to agree with them. So, the Police started the interview asking my name to which I replied No Comment, my address No Comment, my age No Comment…..I think you get the gist! After me just replying No Comment so many, what seemed like hundreds of questions, they then said, do you know Rupert Smith? I looked at them for a moment, looked at my solicitor, my head was now full of all different kinds of thoughts and after what again seemed like ages, I replied No Comment. This copper leaned forward and then said, “well he knows you”!

OK, I’m thinking, now they’ve got me, the only connection that I had with what they were talking to me about was Rupert. My heart started pounding, beads of sweat forming on my forehead, crazy thoughts running around inside my brain, panic started to set in. At this moment in time, I really wanted to start talking but my brief had said to me, under NO circumstances should I say anything! This copper now went on to say to me that he’s going to play back a section of the recorded interview that they’d had with Rupert. They fiddled around for a minute trying to get the recording set up and once it was ready, they pressed play. They asked him how he knew me, I was expecting him to be saying No Comment but instead, he was chirping louder than a Canary, a caged bird which makes a lot of noise, in case you are unfamiliar. He was singing away, answering everything that they were throwing at him. How did he get all the information to the owners of the cars, addresses etc….They then asked him how did he get the keys to the cars, to which he replied that I had taken the keys to a key cutter in central London, where I’d had them copied. The policeman stopped the tape there and then, looked at me and said, we’ve got this all on CCTV, you’re going down for a long time……..