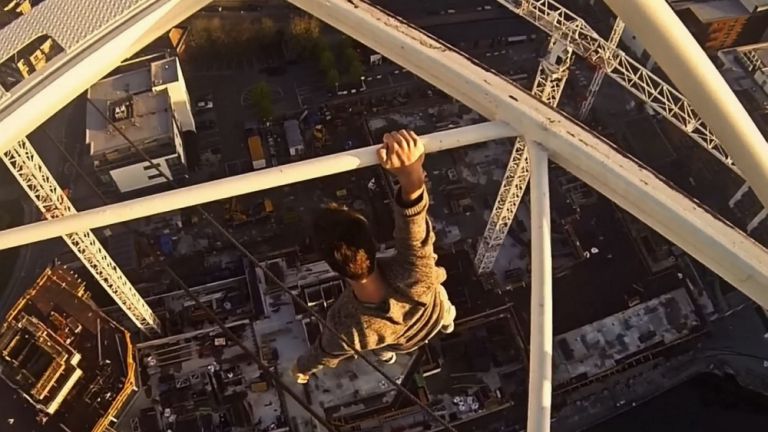 I’ve always attracted the wrong people into my life, probably because I loved doing the wrong things, so what happened next, well it didn’t really come as too much of a surprise……………

I’d driven round to Rupert’s one afternoon, he asked me if I knew where all these cars, which I turned up at his house in almost every day, were kept? You see, being the GOFFA, you get access to all the private information, which was held on file, for all the employees of the company, names, addresses and also the spare keys to all the company cars, so yes I told him.

He went on to explain that he had contacts who could break these cars up and that they would pay me for the information. Looking back at this, I’m almost embarrassed to write it, I mean how dumb was I!!! I could have had such a good normal life but there was this little devil that lived deep inside of me, that whenever there was a chance of doing something stupid, it made me do it. How many of us have watched a program where people are doing crazy stunts and risking their lives? I’ll give you an example, where a man is walking on top of a massive crane and then the next minute he’s doing pull ups from one of the beams 300 feet off the ground, even just dangling with one arm, showing off to the camera. I’ve watched these programs, squirming and I feel sick at just the sight of them taking these massive risks, then at the end of the program it goes on to say that, so and so who was being filmed died whilst making the show. But you can’t tell these people, they live for the danger….and that’s how I’ve always been.

I never needed to do most of the stuff that I’ve done, I’ve got some skill, no qualifications but I could have made money sensibly throughout my life…..but no, that wouldn’t have been half as much fun, well in my head anyway, that’s how dumb I’ve been! There is nothing big or clever about anything that I’ve done, just irresponsible, out of control, with no regards for anyone else and I am totally ashamed of myself for being the way I’ve been. Now I look back on it, being in a Police cell is no fun, standing up in front of a judge who can decide your freedom is no fun either but the worst part is, the pain that your family have to go through, time and time again. Your parents don’t want to come and visit you in jail, they obviously come and see you but how hard on them must it be? I don’t know why I behaved in such a bad way, I was a good kid, never in trouble, so why on earth did I start breaking the law? Both of my parents were good, loyal, honest, hard working people, so it’s not like I was born into a criminal world and developed my skills from them.

So what did I do next? Yeah, no prizes for guessing I’m afraid…..I got all the keys cut for the cars, I photocopied all the documentation for the cars, which included names and addresses and handed it over to Rupert and thought no more about it.

From when I started working at this company up to this day, I was a totally different person. When I’d first gone there I was very shy, took ages to do my job and kept myself to myself, where as now, I knew everyone, laughed and joked about all day, finished all my work within an hour and was basically just taking the piss driving around all day in the company cars. One good thing about this was, I was back to my old self, confidence was fully regained and pretty much had the full use of my arm back.

This company backed the Princes Trust Charity, I was asked to make a delivery to Buckingham Palace, which was only around the corner. I jumped into one of the company cars very excited and headed off to the Palace with the package. As I drove up to the gates I was asked what my business was and I explained that I had to deliver this package, the gate was opened and in I drove through. There were hundreds of tourists standing around, taking photos, I felt really important, I wanted to turn around and wave as if I was part of the Royal Family – well they wouldn’t know, that’s why they were taking photos but I didn’t. I handed the package into one of the aids at the Palace and then drove out, cameras clicking as I drove back out of the gates and I headed back to the office, after a short detour and drive around town.

As I stepped out of the elevator into reception, the receptionist said that one of the directors wanted  to see me. I should have known something was up, as she didn’t look me in the eyes as she spoke, which was unusual as we got on really well. I walked down the long corridor to his office, the door was ajar and I could hear voices inside, so I knocked very gently and the voices stopped, ‘come in’ was said and that’s what I did. Upon opening the door, there were three men sitting down inside the room, all who turned to look at me as I walked in, I recognised the director but the other two, I had no idea who they were. The two that I didn’t know both stood up and one of them asked me my name, so I told him, to which he responded with the words, ‘We’re arresting you for conspiracy to stealing motor vehicles, you do not have to say anything, but it may harm your defense if you do not mention when questioned something you later rely on in court. ”Anything you do say may be given in evidence” and my heart sank………

(There is a point to me telling this story, once I’ve finished I will go back and look at all of my actions and analyse them in much greater detail. There are many layers to this but in order to understand my world, I have to write it first – but please feel free to comment about how you feel about anything that I have done – I want you to interact with me – this isn’t just about my life, I’m sure that you have done similar things throughout your time – I’d love you to share some stories with me, how you felt, why you did them and may be the consequences of your actions. You can do it all anonymously if that makes you feel better. Please don’t be shy, speak up, the only way we can make a difference in life is by sharing our knowledge.)