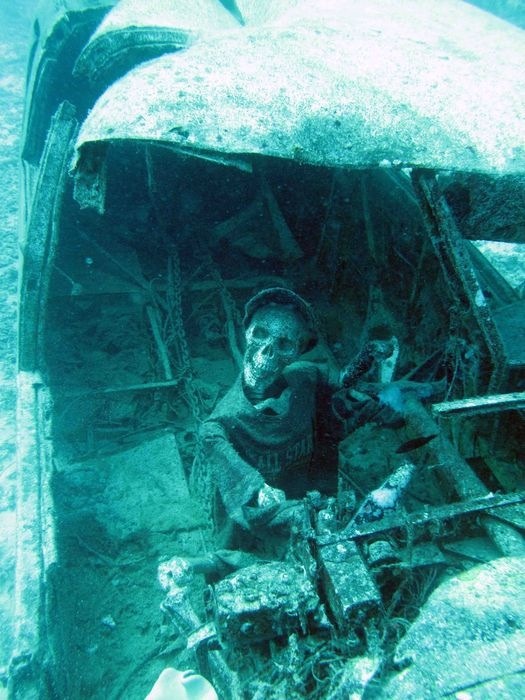 As I say, it all happens for a reason, I wasn’t meant to die that night, someone or something was looking after me, I never knew why but I’m pretty sure that one day I’ll find out……..

I sat bolt upright in bed and shouted excitedly “before I had this car crash I was in a plane crash and I was searching through the wreckage for spare parts for my car but I can’t find any to fit!!” – and then went back to sleep again! My friends who were there thought that I probably was never going to be normal again – some may still question that! Jo and Caroline came to my bedside every day that I was in hospital, they never missed a day, I wish I hadn’t lost contact with them, but that’s another story….

After 2 months of hospital I was released, amazing really when you look at what I’d been through. I was wheeled out of hospital to my parents waiting car and transferred to the back seat, after a couple of months laying down in bed, you’re not so stable on your feet.

There was a guy called Peter, who lived near where my parents lived, he’d been involved in a motorbike accident where he’d hit a car side on, flown over the handlebars into a brick wall! Now his injuries and mine were very similar, his arm was fucked just the same as, he also had head injuries the same as I had – but his had happened a few years before I’d had my accident. People would say to me, you’re going to be just like Pete – and that was the biggest motivation to get myself back on track.

Poor old Peter was a little slow, he’d suffered brain damage as a consequence of his accident, maybe if I hadn’t been admitted to one of the most advanced brain surgery centers in the world, then may be I’d have been like Peter – but I was very lucky! Peter and I had the same arms, we couldn’t do much with them. I was only a national health patient, not private and went to the local hospital for physio therapy 3 times a week.

The first time I went, the lady told me to pick up this rubber ball with my bad left arm, I lent forward and managed to get it in my hand. She said to me, I want you to throw it as far as you can, easy I thought….but my arm would hardly move and as I threw it, it just dropped out of my fingers onto the floor…….that was a really hard moment for me, I had to face up to the fact that I probably wouldn’t ever be able to use my arm or hand properly again.

The beautiful thing about being young is, you heal very quickly, we’re like elastic, we bounce back and before long I was getting a lot more use out of my arm. I couldn’t raise it up very high but it was only a matter of time before things got back on track. The next problem that I had was, I’d lost my confidence and also my memory – I remember people would come up to me and say hello, I’d look at them puzzled and have no idea who they were – and I’m not talking strangers, these were people I’d known for years. My memory came back to normal after a few years, but it used to come in as a handy excuse, which I still use to this day.

I’ve never been one for sitting around, so I got a job working for a large metal trading firm in St James Square in London, just a stones throw from Piccadilly and Mayfair. It’s the square where Yvonne Fletcher, the Police woman was gunned down outside the Iranian embassy  in 1984.  I got this job through a recruitment company, a gay guy called Andrew got me the job, I didn’t know he was gay at the time but I soon found out.

The job was a real basic one, all I had to do was hand the newspapers and post out around to the bosses, help the kitchen staff deliver teas and coffee to all staff members, help out in the kitchen, pick the lunch up from the other building located at the other end of the square, collect post and anything else required – basically a GOFFA (GO FOR this and that).

It suited me down to a T – at first it took me ages to get my head around the job, I found it really hard to concentrate and remember things but after a while, oh I was back to my old self – sadly, I was back to the old Rich. So as I mentioned, I had to collect the food that was made for us to eat at lunch, from the other office at the other side of St James’s Square. How did you do this I hear you ask??? Well I’d take one of the many company cars that were available to me and go fetch it. I’d drive round, wait at the serving hatch, which when I got there I’d press the bell, the hatch would raise up and the food would come up on a conveyor belt, from the lower kitchen to the upper part where I was.

The kitchen staff and I got on really well, once I was back to my old self! I remember one day we were all rushing, the food was balanced on the conveyor belt badly, when all of a sudden it fell off from half way up. As this stainless steel tray that had tomatoes and mushrooms stored nicely inside it, hit the floor, the food went everywhere. We looked at each other and it was a case of, oh well, quick scoop it back up inside the tray, they’ll never notice. I’d then get back inside the car and deliver it back to the kitchen in our office – where obviously I told all the people that I liked not to eat the tomatoes or mushrooms. Did I tell you that the company cars were BMW’s?? I had a pick of the fleet to go and collect the food from the other building as the food needed to stay hot. So once I’d done my work, which took me about 1 hour, once I got myself back on track, I’d then go for a spin around London for a few hours. The good thing about this job was, no one could pin point where I was and if questioned, I could always come up with an excuse for something or other that I had to do.

Michelle’s sister used to go out with a guy called Rupert (not his real name) and he was a few years older than me, turns out that he’d been to prison, I can’t remember exactly what for. Anyway, I’d bumped into him in London one day when I was driving around, he stepped out onto a crossing and we recognized each other, small world it really is and in hindsight,  I should have run him down! But he did have this absolutely gorgeous girlfriend with him, which was enough for me to keep in contact and so every day I used to drive round and see them, in a brand new, different BMW.

Now if I can offer one piece of advice now (the’ll be plenty more advice to come later on don’t you worry) it would be, think positive in your life – if you act positive, positive things will happen, if you think negative, well guess what, negative things will happen. I’ve always attracted the wrong people into my life, probably because I loved doing the wrong things, so what happened next, well it didn’t really come as too much of a surprise……………