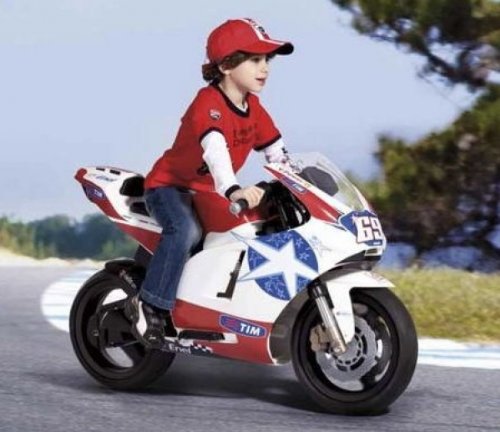 I’d never stolen anything before…..actually I lie, I’d stolen a pencil rubber but I felt guilty and took it back……what I mean is, I’d stolen nothing like this……

I scoured through the local papers adds for motorbikes. There were a couple that caught my eye but one in particular, so I called up to see if it was still available. Yes it was so, I made an appointment to go round and see it, called a taxi and headed off to meet the chap selling it. Now again, this was all premeditated, I had no excuses, I knew exactly what I was doing…….well I say I knew exactly what I was doing but in reality, I had no idea as I’d never done anything like this before…… I got the cab to drop me 5 minutes away, I paid him jumped out and walked the remainder of the journey. As I approached the sellers address I could see in the open garage, this lovely new Yamaha RD350 in brilliant white…….oh this is perfect I thought, heart racing.

Knocking on the door, this chap answered and I explained that I’d come about the bike.  He looked me up and down and then told me that he’ll go and get the documents and said why don’t I go and have a look around the bike…..which is exactly what I did. He came out moments later, I asked him all the questions you do when buying a motorbike, how long he’d owned it, any problems I should know about, service history blah blah blah! I then said ‘mind if I start her up’ to which he replied no problem. Pushing the electric starter, she fired up first time, I revved her slightly and then shut her down again.

‘Mind if I take it out for a test drive, just round the block’ I asked? Without hesitation he said ‘no problem’. He passed me a helmet that was on a shelf in the garage and as I was putting it on, I just came out with this next statement that makes absolutely no sense what so ever. ‘Err, do you have a wet cloth please, it helps me with the chin strap when I do it up’? Now, he did look at me puzzled but I think, because I’d said it like it meant something to me, off he went to get one. As soon as his back was turned, I lifted the documents up from the chest freezer which he’d rested them on while I started the bike only moments before and popped them into my jacket. I pushed the electric starter motor, she started first time again and I was off………

I had no conscience or morels back then, it was all for myself. I don’t think I’m alone in feeling this way, I may have just taken it to a slightly higher level than most kids. The feeling as I drove this bike away was incredible, I knew it was wrong but how right did it feel.

Having got back to my parents home, I obviously went straight home, I opened the garage and drove it inside, my heart was pounding. I don’t think I’d ever felt so alive up to this point in my life, I didn’t think about the bad I’d just done, I was just soaking up the moment. Quickly I changed the number plates over from my RD50 onto the stolen RD350 – my Mum and Dad were never going to know the difference, to them and many other people it was just another bike. We had a large shed in the back garden where I put my motorbike and hid it under a load of old rags. The Police in those days didn’t have automatic number plate recognition cameras, so I didn’t have to worry that they could have traced where I’d gone – back then if something like this happened to you, the chances of getting it recovered were very slim, unless you were very fortunate. Today, things are a lot different, as soon as one is stolen and the Police informed, they have ways of finding you and fast.

They say when you murder someone for the first time in life, the next one becomes a lot easier, you think less about your actions. I’ve not murdered anyone but I’d say it’s the same when you take something, just a lot less severe. I repeated this stunt a few more times, each time growing in confidence, asking the same ‘wet cloth’ story time and time again. I kept getting away with it but instead of keeping the bike, I’d take it straight to a motorbike main dealership to sell. Remember, this is well before the internet and so insurance companies or Police were not linked up, it could take days or weeks for a stolen car or bike to be registered as stolen. So I’d go in to the dealership and say I want to sell my bike, I had all the correct documentation so of course, they wouldn’t ask any questions and they would pay me there and then in cash, obviously less than it was worth……but I didn’t care, it couldn’t have been easier. My mum once found my Alliance and Leicester paying in book in my room and asked how had I got so much money, I told her that I was making copies of CD’s, which were quite newly out back then and selling them to friends at school. I’d not say my mother was gullible, I’d like to call her naive and trusting.

I only ever had one problem trying to steal a bike and that was in Hove. I’d got the train down to go and see this beautiful 1000 cc Ninja, it was absolutely stunning, in a devil black gloss. As the guy opened the door to me, he again looked me up and down, as they all did, when I said I’d come to view the bike. ‘You’re a bit young to be riding a bike like this aren’t you??’……..and I just came out with, ‘do you remember that plane crash that happened last year, well my parents were killed in that and they left me money’. The look on his face when I told him this, he couldn’t do enough to help me.

I was working as a driver for Burgess Hill car auctions at 16, earning £10 an hour, driving cars round the auction, for punters to see. Dodgy motor traders teach you tricks……..