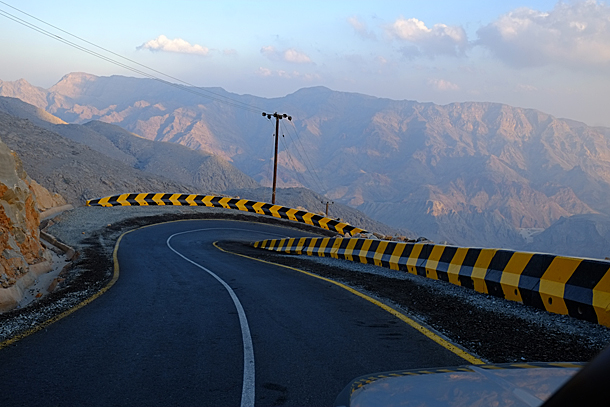 Today it’s called taking and driving without the owners consent……

As I’ve mentioned, I loved driving and so the next thing for me to do was take my parents car out for a drive, without their permission – obviously at 15 they were not going to give me the thumbs up!

They’d gone out one evening and I remember driving to the youth club in their Volvo. I didn’t tell anyone at the club that I’d driven there, but the rush that I got when I took the car was, how can I describe it, like the first time you take cocaine or crack, you don’t ever want that feeling to end……and that was it for me, I was hooked (not that I have been on cocaine or crack but that comes later)

When I got back to my parents house my heart almost stopped,  they’d arrived home early, oh shit……I’m in trouble. Walking into the house, I could hear that my Mum and dad were upstairs. Slowly and as quietly as I could, I edged my way up towards their room, where I could hear them having a normal conversation. That’s strange I thought to myself, I was kind of expecting them to be going mad on the phone to the police saying that their car’s been nicked but no, quite normal conversation…….which was all about to change.

I walked into their bedroom, my mum smiled at me and asked where I’d been…….errr…..I muttered……..I’ve been at the youth club. How did you get there? she asked, still clueless! I drove your car, I replied……….and then all hell broke loose.

I don’t remember the night at all, I think they were in shock that I would do something like this to them, BUT this was just the beginning of the nightmare that they would have to endure for the next 30 years!

Now I was getting into more trouble at school and having to see a psychiatrist, life for my poor parents was not going to get any easier. As I mentioned previously, I’d been suspended from school and whilst on suspension, I decided to take my mums Porsche out for a spin and go and pick a beautiful girl I knew up from school called Juliet (not her real name) and show off……not the best idea I’ve ever had.

Although I could drive, I wasn’t yet the best at driving a manual car, I could change the gears but a lot of the time I would end up ‘bunny hopping’ down the road. I don’t think Juliet was impressed and my driving certainly didn’t look normal for the type of car that I was driving, it draws attention to you, which when your 15 and driving a Porsche, isn’t what you want. Of course people from school had seen me driving this car and also, so had friends of my parents – so when I got home that day, I put the car back in the garage in the exact spot that it had been left. I remember my mother absolutely losing the plot when she found out what I’d done, she shook me and slapped me like a crazy person, asking me repeatedly why would I do this to her, what has she done to deserve this!!!! I had no answer, I was slowly getting more and more out of control.

My parents hid their car keys so that I couldn’t drive their cars but little did they know, I was one step ahead…..I’d already been to the key cutting shop and had duplicates made – I think they call this premeditated in law, basically you have no excuse, which I didn’t, I was just a bad kid with little or no respect for anyone or anything. I could try to analyse why I was like this but I don’t feel it’s the right time or place to do it now, I’m just trying to give a picture of what I was like. As I’ve said before, I’m not painting a great image of me but that’s because there wasn’t one to paint.

There was this kid called Jeff (not real name), he too was like me, had come from a private school, was the same age as me but they’d put him in the year below, I think because as he came too late to the school in the year. Michelle’s sister had known his sister and that was how I was introduced to him, I kind of took him under my wing because I didn’t want him to have to go through what I had in the first year. He only lived around the corner from me so we hung out quite a but.

I remember this one day, Mum went out to the hairdressers, I knew that she’d be gone for at least 3 hours and I was all alone…….and so was the Porsche. I got dressed,  jumped  in it and headed down to see Jeff. Knocking on his door, he answered in his dressing gown and I waved the keys in his face……..fancy a spin I said? He came out in his dressing gown and off went, up the road, wheel spinning all the way. Where we lived there were some great county lanes, you didn’t really see Police, in fact you didn’t really see anyone and that was perfect for me, after all, I didn’t want my parents friends reporting this back to them, I was now thinking smart, or so I thought. As we raced down this country lane, I overtook and flew past this car, the adrenalin pumping away inside me, this was amazing, driving is the best thing ever. As we came to the end of the straight, I noticed a triangle road side that had r 25 in it, basically a sign warning you of the up and coming bend and that the recommended speed for this corner should be 25mph………ohhhh shit, we were doing just over 100 as I tried to take this bend, we ended up embedded in a ditch, the back of this car sticking up like the Titanic in it’s final moments before she went under. We were OK inside the car but what about the outside………oh my god my parents are going to kill me…….literally! As I got out of the car, I must say I’d dressed for the part, I’d put my Top Man suit on (double breasted because I loved Eddie Murphys suit in the movie 48 hours at that age) and with my plastic sunglasses went to assess the damage. Walking round the car, the man I’d just overtaken pulled up, wound his window down and said ‘you won’t get that out of there’ and drove off smiling! At this point all I could think of was, I’m going to jail for this, when this gets reported, the Police will turn up, I’ll be put in jail and Mum and dad will get me adopted.

The next to pull up in their van was a group of builders, who jumped out of the van and said ‘do you want a hand mate’. Err yes please, I said looking all of 15 and sounding it too. These guys managed to lift the car out of the ditch and get it back onto the road, steam coming from the engine and bushes that had attached themselves to the car, just like a soldier would with his camouflage in battle! I will never forget what one of these guys said to me – looking me straight in the face he said, you’d better fuck off before the Police get here – and that was it, they were off and I was following soon behind them.

Getting back to my parents home, I could now see just how badly the car was damaged. It was dented all down the passenger side, I’m not talking small dents, it was like the moons surface and covered in bush. I proceeded to wash the car to try and make it look more like a car than a hedge but this now just revealed the full extent of the damage……and it wasn’t good.

Jeff fucked off back home in his dressing gown whilst I stayed to face the music. Suddenly I had a brainwave, or so I thought. I got my bicycle, stamped on the wheels to buckle the spokes and then proceeded to smash my head against the garage wall, cutting my forehead quite deeply. No sooner had I done this, my mother pulled up onto the drive.

As she got out of the her car, the Porsche was now parked back inside the garage, she noticed me standing by the car, bike laying on the ground and blood, pouring from my head. What’s happened she asked, Mum, I said, I fell off my bike and hit the car, now pointing to the side of the Porsche – she started screaming at me, I can’t actually remember the exact words that she said but she knew that the damage that had been sustained to the car would not match up to me falling off my bicycle and hitting it. I was out of there as fast as I could get myself, fortunately, Michelle’s dad had gone away for a week, I called Sonia and she came and collected me and took me back to their house, where I stayed for a few days…..before I went home to face the music. When I got home I was taken immediately to the local Police station……no time for explanations, excuses, that was it, I was off and that was that!