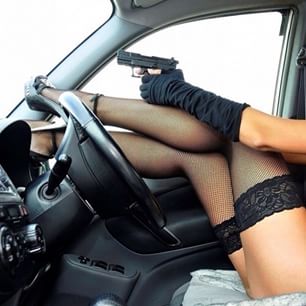 To my horror, he was covered in blood and skin hanging off his face……Doug, DOUG I screamed, ARE YOU OK……..there was no response…….

For a moment I thought he was dead,  during the impact, Doug had been violently catapulted forwards and as he held his Kebab in both hands, it ended up right in his face and all over him! Because he was in shock, he didn’t speak immediately which was why I thought that he was dead….oh how we laughed about it later on in life – not so funny at the time, my beloved car ruined – not to mention Doug’s first Kebab!!! (he still goes on about it to this day)

The MG was recovered back to my parents home later that evening where there was a very frosty reception waiting for me. I tried to explain that it was an easy mistake to make, I mean why do they put traffic signals so close together, I saw green and carried on going! Insurance was obviously getting very hard for me to obtain, my insurance broker used to rub his hands together whenever I saw him.

I was 17 years old, really had no direction at all in my life, no idea what I wanted to do or be, the same as so many youngsters of my age. The collage where I was at studying for the Hotel Management course had asked me to leave, no surprise there! Well one day I was walking through Haywards Heath (not the real location) and saw an Estate Agents, for some reason I just walked in and asked if they had any jobs going. Right time, right place and it just so happened that they were looking for a Saturday member of staff and I got the job.

I was so excited at my first ‘proper adult’ job, it involved a lot of photocopying and boring stuff but the good part was, I got to take people out on viewings to show houses and that made it all worth while. I was like a pig in shit, absolutely loved it. Before long I was offered a full time job, earning around £330 per month, what a great feeling that was, earning your money, there really is nothing like it. People say that if they won the lottery that would make them happy, sure it would too but imagine earning the same amount, I think you’d feel even better!

My Mum and Dad could see that I was starting to grow up and when I found a car, a red Golf GL convertible in a local main dealer, they agreed to be guarantors on the loan that I needed to buy it with – I could have bought the car outright with money that I had but at that age, when you first realise that you can get credit, who really wants to use cold hard cash….I know I didn’t.

Now I worked this out all by myself, if you want to stop people from ruining your own personal possessions, get them to leave you the amount that the item they borrow is worth, in money, because they will look after it guaranteed! I say this because, I had this Golf for over a year and never once crashed it (unlike any car that I’ve ever borrowed), it was my pride and joy until one day…… Driving around Brighton with my friend he spotted this car, oh my god he said, turn round, I’ve just seen the most amazing VW Beetle for sale. I really couldn’t understand what all the fuss was about until we arrived at the garage where this car was for sale ……OH…..MY….GOD…..I WANT THAT CAR! I’d never seen anything like it before, I’ve got to say, I’ve never seen anything like it since, it was beautiful, no it was way better than that, she was stunning, a supermodel!! With black leather seats, she was the most awesome graphite gray sparkly colour that I’d ever seen, split rim alloys (still no idea what they are today) but they were huge, side skirts, lowered, big phat exhausts, open top……oh she was stunning! I went home that day, got my logbook and drove back, part exchanged my golf for this beauty…….not a second thought!

I remember driving to London one day and parked in Covent Garden, when I came back there were loads of people standing round her, having photos taken, she really was an absolute stunner – like a crowd would gather round a Lamborghini, but just a lot cheaper….and at 17 years old, I loved the attention that I got in her.

I once lent my VW to a couple of friends of mine when I went away for a week on holiday. I was banned from driving at the time, I’ll explain this in the next blog, and unbeknownst to me, my friend had driven along the front on Brighton beach in this very recognizable car, pulled up to some tourists and screamed, while holding a plastic replica gun, GIVE ME ALL YOUR FUCKING MONEY…..and then driven off! I’m sure they found it very amusing, certainly not thinking of the repercussions, as they drove off! Yeah, friends like these who needs enemies – I also got charged with attempted manslaughter because of these ‘friends’ a year later – but again, I’ll cover that story later on – they was bad news!

Anyway, one of my friends picked me up from the airport in her and as it was a beautiful day, we headed off down to Brighton for some serious posing. Now this gorgeous car had a serious problem, the engine didn’t cool very well due to the poor design and so she used to brake down a lot. There we were waiting for the AA to come and get her started again, sun was out, we had a beer, playing music very loud and we were just acting like a couple of prats. I had a video camera and we were filming each other doing silly things and dancing to ‘Summer in the City’. Well it just so happened that a Copper walked past me, I had the plastic gun in my hand, which I concealed as went past – oh if only I’d known what they’d been up to whilst I was away. Anyway, my friend filmed me pretending to run up and shoot him in the back of the head as he walked round the corner. Once he’d gone we watched it back laughing and then we continued making more silly videos.

A short while later, about 3 police cars came screeching up, a load of officers jumped out, I was filming my mate at the time and turned the camera to video all the commotion, until they got all arsey with me and confiscated it and then we were cuffed. What the fuck’s going on I said? I really had no idea until they told me that we were under arrest for attempted robbery with a firearm – what the fuck are you talking about……I’ve been abroad! My suitcase was in the back of the car, which they proceeded to take out and search. I remember them pulling my hairdryer out of the suitcase and I turned to my mate and said, oh no they’ve found the machine gun! I still had no idea what had happened the week before because if I had, I probably wouldn’t have acted in the way that I did. Still, they really do lack a sense of humor the Police!

So you see, I’ve always had a real fascination with cars, always have and always will but what I didn’t ever think about was, they are lethal weapons in the wrong hands….and my hands were the wrong ones. I also have the same fascination with guns and I’ll explain a little further down the blog why I should NEVER have had one of these either……