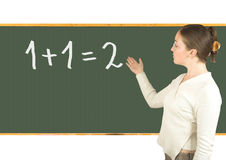 Julie had seen me take the key and when we drove off she asked me what was I going to do with it?? I looked at her, smiled and calmly replied ‘teach them a lesson’………..

Later on that night I called my oldest friend up and asked him a favour, can he come and pick me up as I needed to collect something and being my oldest pal he agreed and turned up. When I explained to him what I wanted to do he was against the idea obviously, I wanted him to to drive me to the garage so that I could steal a car. His first reaction was NO don’t be so stupid but I said to him, unless he does it, I’m going to have to call a taxi and that would be someone who could put me at the scene and get me into trouble, if things went wrong.

So he drove me close to where the garage was located, I got out and told him to wait down the road, where he would get the signal that everything went smoothly when I drove past him flashing my lights, to which he reluctantly agreed. I had it all planned, I’d written a note out which I was going to post through the car salesroom door telling them that they ran the risk of having cars stolen if they leave the keys in the ignition.

As I walked up to the car, my heart racing, I looked around to see if anyone was watching, no one was so I pulled the ignition key out of my pocket and opened her up. Sitting inside for a moment before I started the engine, I then glanced around to make sure all was clear, my hand written note sitting on the passenger seat next to me and then, off I drove. I turned onto the main road, no traffic was coming and so no one had seen me do what I was doing. I roared off down the road to where my good friend was patiently waiting, as I approached where he was I flashed my headlights like a mad man, adrenaline pumping through every vein in my body, what a feeling.

Although this feeling is something that I can’t really describe, it’s very short lived , just like taking an illegal drug. If you want to sit an analyze this high, let me tell you now, it’s really not worth it but at the time and moment that you’re doing it, oh my goodness, it’s one of the biggest highs you’ll ever have. That feeling soon comes crashing down when you get caught and then the consequences that come with it, they really outweigh the high that you’re feeling at the time, one minute of pure bliss followed by one year of shear hell – the risk reward ratio really are not good but I will cover this more as I go through my life. So I’d gone flying past my oldest, honest friend who was sitting waiting for the all clear, in a now stolen car, I obviously hadn’t posted my note to the garage and instead, I’d just driven straight to my poor parents house. Where they lived they had a very large, almost like an aircraft hanger, barn where I drove the Golf straight into. Once inside, I removed the number plates and any other distinguishing marks off it and then covered it with a large dust sheet. I shut the barn doors and then headed off back down the road to where my friend was waiting for me. I’ve got to tell you he was not impressed but then, I didn’t do it to impress him, I had my own reasons.

I popped round to my Mum and Dads the next day and explained that Julie was going off to Australia for a year and she’d asked if it was ok for her to store her Golf in the barn. Well my parents had met Julie and liked her and as they had a massive barn to store it, didn’t see a problem with this. Now all I had to do was find a donor car to swap for my stolen car. Basically, if I can find a car that is legal and change the identification numbers over from that one to my stolen one, I can then drive around almost, I say almost in its loosest term, legally. This was going to be my next challenge but where there’s a will and there is always a will, then there’s a fucking way!! I searched the local papers, car magazines, anywhere that I could think to find a donor car and soon found one. There was a silver Golf Convertible, just like mine but a few years older that was advertised for sale that had been involved in an accident and the owners were selling it cheap as it hadn’t been covered on their insurance when it was crashed. This means that no record of the accident had been reported and they didn’t have the money to pay for the repair, so they were cutting their losses and just trying to recoup any money that they could. I think I offered them £1000 to which they agreed, all I had to do now was get it back to the house that I shared with the girls.

Well it just so happened that my sisters boyfriend owned a garage, he had a flat bed truck and so I asked him if he’d help me collect my new purchase. I told him that I had friends who were going to help me get this car back on the road and so being the kind man that he was, he agreed. Once the car was back at home I then had to explain the story to the girls as to why there was a smashed up Golf Convertible on the drive, which didn’t take too long to explain. Now I had the donor vehicle, I just had to wait for a while because I now needed to make my story believable. So I’d told the girls that this Silver Golf was my latest project, I was going to totally transform this wreck into a brand new shiny car, they wouldn’t recognize it when it was finished, it was going to have big colour coded bumpers on it, a brand new Convertible roof which would be black, new interior and best of all, I was going to change it from this nasty grey colour to a lovely shiny Red. I told them that my sisters boyfriend was amazing at rebuilding cars and that within no time at all I’d have a new car – yeah they believed it and to be honest, why wouldn’t they!

This car that was wrecked was the older shape to the car that I’d stolen, so in order for it not to look suspicious when I drove it around I couldn’t have the old registration plate on the car that would tell people how old it was. Now I had to purchase a private number plate that wouldn’t let you know how old the car was, which was easy enough to do. All I did was buy an Irish number to put on the car – imagine that this was the old number plate UUT 671X, the X at the end of the plate tells you that the car was first registered in 1984 but the car that I had stolen was registered in 1989. Anyone who knows anything about cars would be able to tell from the number plate that something was not quite right but if I put a private number plate on, for example RIH 7423 no one could tell how old the car was, I could have just bought a new car and put a private plate on it, genius or so I thought…….