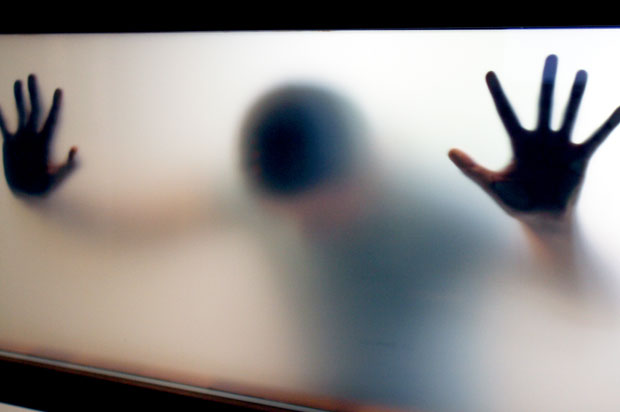 Anyway as the night goes on, we were playing cards and were laughing and joking with rosy cheeks aided by our mugs full of our very potent home brewed hooch…….when all of a sudden my cell door burst open and in walks this prison guard…. “Evening lads,” he quips, then as quickly as he’d burst in, he stops dead in his tracks and like a well trained sniffer dog, looks up into the air, takes a deep intake of air into his lungs and nostrels and then says, “what we doing lads?” Now this screw was only young, he had a shaved head and from my past dealings, I thought he was alright – now when I say alright, he’s not going to let me walk out of this place or even bring drugs in for me but he was funny – one of the more likable screws anyway.

So I replied, “evening Gov, just a couple of mates round for a game of cards, that’s all” now you could smell this homemade brew a mile off……. Screw looking down at us says  “what’s in the cups lads?” at which point Frances picked up his massive beaker full of the prisons finest and proceeded to neck the whole lot!! Gulp, glug glug, Glug….GULP it was never ending. We all looked at him in amazement as he downed this mug and then, well not even the best comedy writer could have thought of this…… Frances just wiped his mouth with his sleeve, then banged the beaker back down on the table – looked this screw in the eye and said “only Tea Gov” in his proper posh voice that had an added bit of prison chav in it now!

Well, we all fell about laughing, even the screw, he wasn’t bothered about nicking us for having a drink, after all we were being peaceful in our cell playing cards and having a laugh, he knew that even if we got drunk we weren’t the type of people to start a prison riot. Ahhhhhh, it was like being back at school……..but school for adults……I’ve got to say, if they let women into the prison once a week, I don’t think I’d have wanted to leave, it was such good fun.

Another thing that was fun to do (remember there’s not much to do inside) was to get a ping pong ball, open it up and then fill it with shoe polish, get a lighter and burn the polish, it makes a wicked smoke bomb when the plastic and polish get hot. There was this Scottish geeza a few doors down from me, nice chap from Kings Lynn in Norfolk, well I say nice in the loosest of ways! He had this massive scar down his cheek – the kind of scar you get if you melt 2 razor blades into a toothbrush about half inch apart, it makes a very effective weapon and leaves a very nasty scar that can’t be sown up.

Anyway, me and him used to chat, nothing heavy, we came from very different backgrounds but we got on really well. One day he would smoke bomb my cell and the other I’d do his, we just found it amusing. When I was first sent to prison, the cell doors could be shut by yourself and would lock. If you wanted to go to work you’d shut your cell door and it would remain closed until a screw opened it up – now-a-days the lock sticks out so that you can’t shut the door, this is to stop screws being pushed into cells and locked in and beaten up! Anyway, on this particular day I’ve walked up to his cell, I can see him inside so I light the smoke bomb, push open his door and lob this lit ball of fury straight into his bin and then proceed to bang his door shut! Off I went, laughing like a school boy as I did it. About 20 mins later, I’m walking down the other side of the wing and this angry Scottish guy comes right up to me and says

“That’s it, that’s fucking it, I’m gonna get you, you wee cunt you” I was like, “look John, it was a joke” Nah man, today it’s ney funny, my aunty just died and I’m in ney mood for a little cunt like you – I’m gonna get you back sunny, just you watch”. So the laughter turned to, I can only say fear. Here is this massive Scottish bloke, threatening revenge on me. At this point I realised that there was not really much that I could do so I wandered off to have a game of pool.

I hear you say if you’re that scared how can you go and play a game of pool??? Look I’ve been in many situations in life where I’ve been threatened – you get 2 options from what I can see, 1. RUN or 2. FACE THE MUSIC – I always found facing the music was never that bad – where as running, well that means that you have to deal in your mind with what could happen some day in the future…….my head is not built for thinking about what could happen, it’s far too dark for that – so I face the music and by playing pool, it wastes time and stops me thinking! About an hour later the alarm bells start ringing and everyone told to return to their cells. As I walked up the landing to mine I could see the fire brigade already at my cell, smoke billowing out of it. A screw came up and said, follow me. We walked round to the office and went inside. I sat down and so did the screw – he said, “what’s going on here Pierce”? I was like, I don’t know what you mean”. He said, “Cells don’t just go up in smoke for no reason Pierce, we’re going to section you” I was like “Woa Woa Woa section me,  no, no there’s no problem, you can’t section me, I’ve done nothing wrong.”

Now to be sectioned means you need protection, own special wings for sectioned prisoners because they are the scum of scum, pedophiles, rapists and old bill, you don’t ever want to be sectioned…..oh my god, this was my biggest nightmare, after all, I know what goes in their food!

The screw kept asking, “So why has your cell gone up in smoke then Pierce” I was like, “I think I must have left a cigarette burning or something”. “Come on Pierce, a cell doesn’t go up in flames from a burning cigarette does it” Who have you upset? I was like, “seriously Gov, no one, I get on with everyone, there’s no problem honestly”. “Look son” he said, “if you’re being bullied I need to do something about it and if that means moving you then I will”. I was like “honestly, I’m not being bullied, it must have been a careless mistake, no one is bullying me, I haven’t upset anyone I promise you”.

After a while, a senior screw came in, we went through all this again and they asked me, are you sure you’re not in trouble. I replied far from it. The senior screw then turned round to me and said, “Look Pierce, if you want to help us we can help you back. We can give you privileges”. I was like, “what do I have to do?” and he came straight out with it “if you keep your eyes open for things going on that shouldn’t be, you let us know.” I was disgusted and appalled at this – I looked him straight in the eyes and said “I ain’t no fucking grass Gov” and stood up. “Is there anything else or can I go back to my room?” I asked……It’s a fucking CELL you cunt” the Gov replied……I smiled at him and then walked out.

Winding the screws up was part of the fun of being inside. I used to get the financial times delivered to the prison every day – I never read it before I went in and I certainly didn’t read it when I was there but when I used to go and collect it from the office I’d say “can I have my paper please?” and they’d say “which one is it Pierce?” and I’d say “the financial times” – they’d look at me like I’d just raped a dog and say “the pink one you fucking faggot” – I think they reacted like that because they can’t even read Beano – if only they knew, it was worth the £1 every day for the year just to get under their noses. They really thought because I spoke with a public school accent and had the FT delivered that I was intelligent – just goes to show you how easy it is to fool stupid, ignorant people!

When I went back to my cell, John was waiting outside, he beckoned me to follow him to his cell. We walked in and he pushed the door shut behind me. “What did you tell them?” So I explained the whole episode. He fell about laughing, said he was sorry and that things had got just a little bit out of hand and that I’d picked the wrong day to do what I’d done. We shook hands and that was the end of that. I walked back into my cell – it was full of smoke but after a few favors from people had it looking new again……a few days later.

I must point out that I wrote this back in 2010, I was still a very angry man towards authority and my experiences from the past – since writing this I have to say that at the time the prison guards were just doing their job, some obviously better than others and that I have met prison officers who are really decent people!

When I first went inside my brother sent me a soap on a rope, he said that you don’t want to be bending over in the shower…..which brings me nicely to a shower story…………