Part 40: In life the writing is on the wall……but sometimes you just can’t read it! 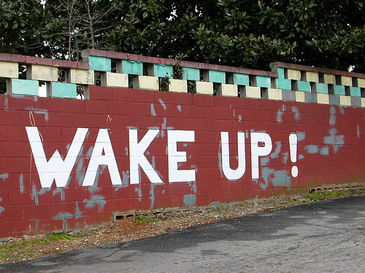 My friends in Brighton had a friend who was a driving instructor, not your normal driving instructor, this guy was an x-heavy weight boxer. He had a stunning wife, was a nice enough chap but he had mental health issues…….if I was brutally honest, I’d say he’d just taken a few too many hits to the head! This chap with issues was as corrupt as the grass is green, he’d do anything to make some extra cash on the side, things like clocking cars, badly repairing a car that had been involved in a serious road collision, beating people up for cash, to aiding a banned driver back behind the wheel. Derek (OBVIOUSLY not his real name) was a great bloke, he was massive, very insecure and most importantly, a sandwich short of a picnic, not sure that’s a global expression but I like it, another way to explain it would be …….not quite all there in the head! Now as long as you were on his side then there was nothing to worry about. Of course I was on his side, hence he helped me to get my duplicate driving licence. Back in the day you didn’t need to prove you were who you said you were when applying for a driving licence, if I said my name was Rodriguez Hellman they’d have given me a licence, now a days you need to show passport, birth certificate etc….

I met Derek the day of my driving test, we’d previously chatted on the phone about what I needed to bring along for my test but there had been no need to meet up until the actual day of my test. He pulled up in his little Nissan Micra driving instructor car, he was an ox of a man and to watch him prize himself out was unbelievable. I mean, this guy was as big as the car he was driving, once he was out you wondered how he was ever going to get back inside – but he did!

He took me for a mock driving test, obviously I know how to drive but it’s amazing how many bad habits you pick up over the years and I needed to revert back to driving sensibly if I wanted to pass. Amazingly I’d forgotten all about putting the hand break on when you’re stationary, or looking in the mirror before you pull away, or even indicating! We drove around the test route, did three point turns, mirror signal maneuver, emergency stop and most importantly, make sure I didn’t go over the speed limit…..you know the correct way to drive. I can’t stand people who blame their parents for the way that they turned out, it’s such a weak get out clause but I must admit that they obviously do influence the way you turn out. Now both of my parents loved driving and loved driving fast, so I think it was inevitable that I followed suit – it makes sense to me anyway. Yes I know I have a mind of my own but you are heavily influenced by your parents…….Mum, you remember that cyclist you hit, you were shook up and that wasn’t your fault!! But I’m saying based on that evidence, I can blame them a little bit – sorry Mum 🙂

It was time for my test, I waited in the test center for my examiner to come out, I have to admit I was quite nervous. I passed my test first time at 17 but this time it felt different, I knew I’d picked up a lot of bad habits as the years had passed and I could only hope that I could forget them and pass again. Finally the examiner came out, we shook hands and he asked me for my driving licence. I handed it over to him and he opened it up, it was a paper licence back in those days. To my horror he handed it back to me and asked why I hadn’t signed it?? I apologised and said that I thought I had! He turned round and said to me that I was not allowed to sit he test!! It is a legal requirement and so it must be signed before I can take the exam. Simple, I’ll sign it now and we can move on to take the test…….but he was having none of it!, Angrily he then pointed out that my driving instructor should have checked this before entering me in for the test and stormed off!! Oh shit, Derek is not going to be happy, my mind flashed back to a phone conversation that we’d had where he specifically asked me to sign it! Outside James and Derek were waiting for me, “why aren’t you doing the test” Derek asked? “I forgot to sign my license and so he won’t let me do it”! “Oh for fucks sake” Derek snapped back, “tell me about it, I just forgot to do it!” James stepped in quickly saying, well let’s just call up some other centers and see if we can get it booked in for later, there may be cancellations. Frantically we called around the test centers……. would you believe it but they had a cancellation……..the downside was, it was over in Esatbourne…….one hours drive away……you guessed it, the test was in an hours time too! Derek said he couldn’t make it but James said he could, so we jumped into his Corrardo VR6, a beast of a car and roared off and when I say roar I mean ROARDED off towards Eastbourne. Now if there ever to a reason in life to drive quickly on the main roads of England, then this sir was a reason for me to get there – and there is always a fucking way to get there when you have the right reason – then we were going to get there…..to me this was the right reason, obviously I regret this, sadly I can’t change it but I can warn you!

Seriously though, I’m not making this shit up, everything I write about is true, the timing of event above, we found out that there was a test in 1 hour that was a distance of 1 hour away, so that I could take an illegal driving test!!!! Haha, I mean you couldn’t write this shit……… BUT this is how my life panned out. Look, if you like what I’ve written so far, you’re going to fucking love the ending! Ok the bits leading up to it are just like this but it gets darker, darker for me that is, the peoples lives around me at the time were dark anyway…..and yet they still stuck by me……..what a CUNT I’ve been, s SELFISH CUNT!!!! YOU THINK THIS IS BAD, then may I suggest that you READ ON as it gets much much worse (I say that, I don’t mean any disrespect to the gentleman I killed, nothing could be worse than that) I just mean the shit world I’m living in now, doesn’t get any easier as you get older – now I was a total dickhead (some may say I still am, I’ll let you decide at the end)……until the age of 45…..and I’m only 23 at this moment in time! Now we arrived in the nick of time, the only problem was I had to take my test in this flash car with a big engine (flash at the time 23 years ago), it could do 30 mph in first gear AND in under 3 seconds!!!  Seriously not a car for taking a driving test in! The other awkward thing was, I wasn’t familiar with Eastbourne and the roads that I’d be driving. I can hear you say “what’s the difference, a road is a road?” Under normal circumstances I’d agree but for a driving test, you have to be in the correct lane, at the correct speed – none of that is easy when you’ve been a reckless driver for the past 6 years….anyway, I had to do it if I wanted to drive and that was the end of it.

Out came instructor number 2, I handed him my licence, it all checked out and off we went to the car. He didn’t look bothered or impressed by the car and we got in. I put my seat belt on, checked the car was out of gear and started her up, trying not to make the engine roar! We headed off, I had to park, emergency stop, three point turn and just drive around……as if I were a novice. We got back to the test center and he asked me a few questions from the highway code, for example what’s the stopping distance in feet when you’re travelling at 30 mph in the wet?? I bet you’re trying to work that out now aren’t you…..haha, you see it’s not so simple after all re-sitting your test. Anyway, cut a long story short (not really a saying I thought I’d use when writing a book), I passed my test and off Jim and I drove.

So now this is where MY HELL was about to start………..I’m being driven by Sophie away from the Police station after being told that I’ve just killed a man and all of my memories start to come back to haunt me, memories of taking my driving test again and still driving under my fake licence, without letting my insurance company know……what happens if the Police contact my insurance company and find out that I’ve re-taken my test……..OH MY GOD, I’M GOING TO JAIL FOREVER!!!