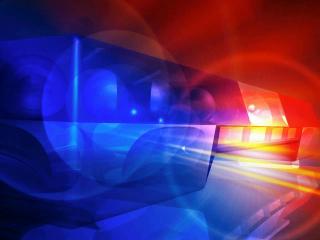 After the girls had finished looking, one of their boyfriends came up to me and said, ‘that’s not new paint work, you can see that this car has been through a car wash’ and then proceeded to point out the swirl marks where the brushes had scratched the paint!!!

Rumbled before I even started, so I had to have a quiet word with him……Listen, I said, the guys who did this have done me a favor, if I get done for this they will not take kindly to it – or words to that effect! To be honest, they weren’t really that interested in me, they’d just started a new job with Virgin and had a house to stay in when they were working. You see they lived up North and would have to pay for a hotel room when they were on duty and this was a cheaper option for them, so they wanted no trouble and that was the last that was ever mentioned about it.

The day after I brought the car back Julie woke me up and asked if I’d run her to the airport, she was going to be late for a flight and so to save her time having to park, she asked if I’d mind dropping her off at the departure gate. I was waiting for my tax disc to come through from the driving vehicle licence authority, so legally, I couldn’t drive on the road. The risk if I did was, getting stopped by the Police, it’s not really a serious crime UNLESS you’re driving a stolen car. Anyway, like a fool I agreed and in jumped Julie and off we went to Gatwick airport. As we were less than a minute from the gate, Julie was starting to panic as there was a slow moving car in front of me and time was ticking away, so what did I do, I accelerated and overtook it. I pulled up outside the departure gate, Julie quickly jumped out and as she did, the car that I’d just overtaken moments before pulled up next to me. Two men also jumped out of the car and as they did, put their police issue caps on their heads. “Excuse me sir, what’s the hurry”? one of them asked. Oh shit, it was an unmarked Police car. Julie just looked at me and said, good luck as she rushed off to catch her plane. I managed to talk myself out of trouble, I explained that she was late for a flight and all I was doing was assisting a girl in trouble, she’d just started her new job, this was her first assignment and she was really worried that she was going to miss her flight. They lectured me for a moment but I think understood…..either that or they were on their way to something more important and didn’t really fancy the laborious paperwork that would ensue if they decided to take it further. So close to being rumbled on my first day on the road, yet so far!

I’ve glossed over this in a very lighthearted kind of way, at the time when these cops bailed out of their unmarked police car I really thought they were going to know that this car was stolen. My heart sank when I realised who they were, I thought that because I didn’t have tax on the car that they’d know something was not right about it but they didn’t……

I had  few other escapes over the next year or so, getting pulled up for various misdemeanors but they never thought that anything was suspicious and so I got away with it, time and time again. In fact, the first couple of times getting stopped would make my heart race but after a while I just didn’t worry about it.

So I got sacked from the Estate Agency job that I was doing, after being summoned to go and get a signature from one of my bosses in another office. I strolled into his office and put the paper down that needed his signature and politely asked if he could put his paw print on this paperwork…..he looked at me and said in a rather gruff, angry voice, I’M NOT A DOG!! I looked at him and just couldn’t hold my words back, “DON’T BE SUCH A CUNT” I shouted at him and stormed out. Yup, you’ve guessed it, as I arrived back at my office I was told that I no longer had a job – what a fucking prick! Eventually I went to London and got a job as an Agent up there, my mate Jeff also started with me. The annoying thing about it was, when they asked if I wanted a company car I said no because I presumed that my stolen Golf would be better then the crap company cars that estate agents usually ended up with, only to find out that they gave brand new BMW Convertibles and Golf Convertibles away as company cars……well how fucking typical was that!

There was an advert in a London paper for estate agents and I eventually ended up working for this guy called Burnie Vent (not his real name). He was a very large man, shouted a lot but ran a really great company. He made us work but then again he also rewarded us – 22 years of age and we earned £25k basic plus generous commission and he gave me $500 car allowance a month as I used my own car. Back in those days that was a lot of money, the London market to sell houses was a lot easier than the village markets to sell. Me and Jeff would be selling 25 houses per month each, we were absolutely smashing it. The trouble with Burnie was, he thought that he could play each person working for him off against each other. One day it was Rich you’re doing amazing, you’re the best one in the office and the next day he was boosting someone else ego and then saying how shit I was.

After a while I got to see the true side of this man, he wasn’t paying us on everything that we were doing – considering we were working from 8 till 8 six days a week with only Sunday as a day off, well that’s just not on. This was back in the day when no shops were open on a Sunday, so we worked 6 days a week and had no time to spend the money that we were earning – so I believed and quite rightly so, that I was entitled to the money that I was making him. So what I decided to do was set my own estate agency up within his company. I’d go out and value ten houses and I’d tell five people, if you go through the company I work for it will cost you £5,000 or if you went through my company it would cost you £2,500 – I’d then tell them that I used exactly the same database as the company I worked for and that they’d be foolish to sell not using me and I did this for many months – there was no way that I was going to be treated like a MUG!

One of the guys in the office was getting married, he was saying that he had no money and so I just mentioned to him that if he sold this particular home I’d give him £1,000 – and no more was said about it. We got told that there was a meeting after work and that we had to go to one of the other offices. When the day had finished we all darted off in out flash Cabriolets to this urgent meeting that had been hastily scheduled.  We all sat around on the desks as Bernie rabbited on about the weekly business and crap that he had called us to listen to. All of a sudden, he turned and faced me and said in a raised voice “AND IF RICHARD WOULD LIKE TO EXPLAIN WHY HE’S BEEN STEALING MONEY FROM MY POCKET”and as he finished the last word he darted towards me like a bull charging towards a matador, his fist missing my face by inches as I moved just in time………….